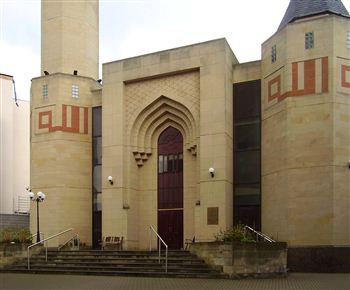 A CHARITY curry kitchen that feeds students and worshippers is to go head-to-head with Scotland’s top Michelin star restaurants tonight.

Edinburgh’s Mosque Kitchen – which serves curry on a paper plate for £4 – has been shortlisted alongside Tom Kitchin and Albert Roux’s award-winning eateries at the Scottish Restaurant Awards.

The outdoor diner, part of the huge Edinburgh Central Mosque, is favoured by top comedians Stewart Lee and Shappi Khorsandi during the festival, and has been praised by judges for its authentic cooking and generous portions.

The Mosque Kitchen will be up against Scotland’s top restaurants, including The Peat Inn in St Andrews, where a six-course tasting menu will cost £55, and The Kitchin (CORR) in Leith, where a rib of beef for two will set you back £68.

The kitchen was set up following the 9/11 attacks to open up the mosque to people of different faiths and practices in the city.

Mohammed Akbar, spokesman for the Edinburgh Central Mosque, said: “There had been a lot of negative stuff in the media and we wanted to show people the true nature of Islam.

“We used to just serve food to people who came in for prayers.

“But we wanted to be able to provide everyone with a decent meal for a very low cost, so we opened up.”

The 50 volunteers who work in the Mosque Kitchen throughout the week were amazed to find that they are rivaling Michelin star eateries across the country.

He added: “We were all over the moon, but very, very surprised. Our goal is to provide good, in expensive food in humble surroundings.

“We cook the food exactly as we would at home and only use the freshest meat, ingredients and olive oil.”

The Mosque Kitchen serves a selection simple meat and veggie curries, as well as naan bread, chicken kebabs and salad.

The profits from the kitchen go towards charities in both Scotland and Pakistan.

The mosque itself was opened in 1998 by King Abdullah bin Abdul Aziz of Saudi Arabia, who paid for 90 per cent of the building costs.

The Mosque Kitchen has been shortlisted in the best Indian restaurant category. If it goes through the stage, it will be up against the other catagories, including best seafood, urban, Oriental, Italian, fine dining, and family restaurants for the title of Scottish Restaurant of the Year.

Albert Roux’s Rocpool restaurant in Inverness has been nominated for best newcomer.

The winners will be announced tomorrow night at the Corn Exchange in Edinburgh.

Charles Shaw, spokesman for the Scottish Restaurant Awards, said that the Mosque Kitchen had earned its place on the shortlist by selling high quality food at very low prices.

He said: “There is a great diversity of restaurants on our shortlist, but they call offer the highest standards of cuisine.”