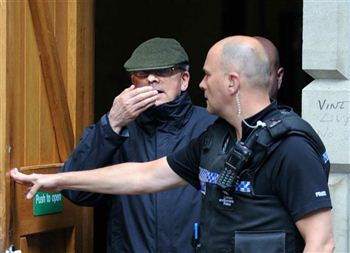 AN old-age pervert who groomed two boys by plying them with alcohol then sexually abusing them has been jailed for eight months.

Joseph Johnstone, 67, claimed that growing up in a time when homosexuality was frowned upon skewed his understanding of normal behaviour.

He snared two 15 year-old boys by inviting them into his home for tea and biscuits in May last year.

Johnstone was caught after one of the lad’s worried mums turned-up at his home and found her son in his bedroom.

The paedophile originally told cops that the boys were psychic and that they went to his house so he could interpret their dreams.

One of the victims has since suffered suicidal thoughts.

Today (Tuesday) at Edinburgh Sheriff Court Johnstone was told that on release from prison after eight months he will remain on licence for a further 12 months.

He was also put on the sex offender’s register for 10 years after previously admitting two charges of committing an act of gross indecency with a child.

Miss Ward said the boys met Johnstone while passing his home and the pensioner invited them in.

She said: “After a while the accused invited them in for 10 minutes at a time to offer tea, biscuits and so on.

“There is this apparent building up of a relationship between this 67-year-old man and these 15-year-old boys.

“On one occasion in May last year when both the complainers attended at the address the accused supplied them with alcohol to the extent that they became quite drunk.

She added: “This all came to light as the mother of the complainer in charge two was under the impression that her son was staying overnight at a friend’s house and she then tried to contact him at the address that she thought he was staying at.

In a bid to dodge a prison sentence, Johnstone blamed society for leaving him “repressed.”

His lawyer Paul Dunne said: “He has considered himself to be a homosexual throughout his life and says that he was born in a time and within a culture in which homosexuality was simply unacceptable.

“He has therefore repressed his sexuality throughout his life and this resulted in both sexual and social isolation.

“It is clear he needs support in understanding the boundaries of sexual expression.

“At times he does not always appreciate the norms and the bounds of acceptable behaviour between men his age and young men.”

But Sheriff Alistair Noble said he was worried to hear that Johnstone regarded the child victims as “young men.”

“It does appear that you have some difficulty in appreciating the seriousness of the matter.

“You view the complainers as young men rather than children and you also view yourself to be led astray.

“I have to weigh up these matters and the view I reach is that in your case a custodial sentence cannot be avoided.

“And because of the gravity of the offences I must ensure that the public is adequately protected on your release also.” 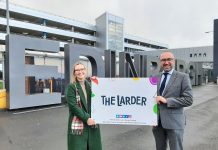