DETECTIVES probing the death of a man at an Edinburgh flat had been investigating a series of vandalism attacks on a car outside the same address before the tragedy, it was revealed today (Mon).

Lothian and Borders Police were called previously to probe a spate of tyres being slashed and bodywork being daubed with spray paint and were called again at the flat in Stenhouse Gardens North as recently as Monday. 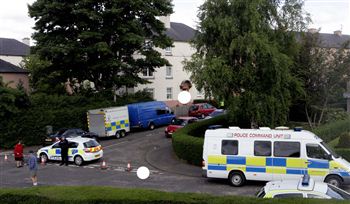 Today they were instead probing the death of a 47-year-old man – who has not been named – after being called to the scene shortly before 10pm on Wednesday night after reports he had been stabbed.

It was not know if the incidents were related.

Forensic teams, a police command unit and uniformed officers conducted door to door inquiries and hunted for clues as patrol cars blocked off the adjacent streets.

But they confirmed that a 48-year-old man had been arrested in connection with the incident and was expected to appear at Edinburgh Sheriff Court tomorrow (Fri).

Ambulance staff – who had been treating the victim of a hit and run in an unrelated incident just yards away – raced the man to Edinburgh Royal Infirmary but were unable to save him.

Officers immediately cordoned off the area and spent the night doing door to door enquiries. 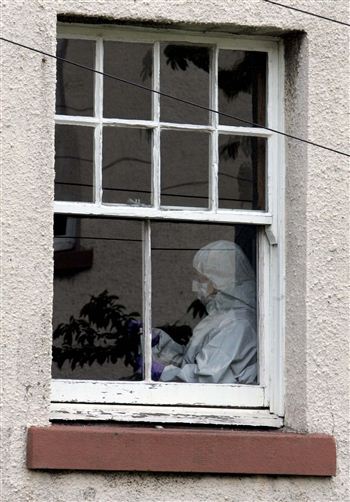 Forensic experts in white suits searched the stairwell and flat and went in and out the six in a block building for several hours.

The dead man had not yet been named.

However locals said they believed he was an Asian man.

Shocked neighbours confirmed police had been to the property several times in recent weeks after a car there was vandalised.

One 45-year-old woman said: “It was about two months ago that a car there had all its tyres slashed and another time it was spray painted.

“But it is a shock to see that on your own doorstep.

“It is getting worse in this area, there is so much going on. It is very scary.”

Another added: “The police were there again on Monday night. I just assumed it had something to do with her car being vandalised again.

Lothian and Borders Police confirmed that a 48-year-old man had been arrested on a murder charge.

A spokesman said: “Police are appealing for witnesses after a 47-year-old man died following a disturbance in Stenhouse Gardens North, Edinburgh, at 10pm last on May 26

“A 48-year-old man has been arrested and charged with murder, and is due to appear at Edinburgh Sheriff Court.”

The 38-year-old was walking west towards Saughton when she was struck by the vehicle, suffering injuries to her back, arm and mouth.

None was said to be life-threatening.

A spokesman added: “Police are appealing for witnesses after a woman was injured in a hit and run incident in Stenhouse Gardens, Edinburgh, on May 26. 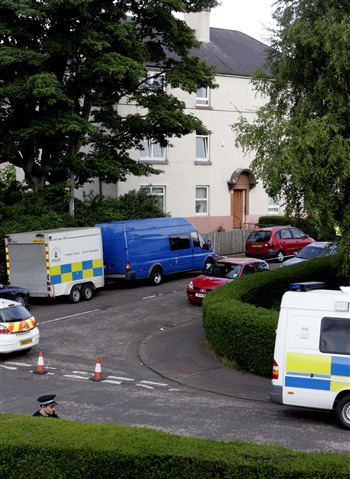 “She was struck by a dark-coloured vehicle at around 9.30pm, and was taken to Edinburgh Royal Infirmary for observation, although she was not seriously injured.”

“Unfortunately at this time we do not have a description of the vehicle, other than that it was a black car and we are eager to speak to anyone who can help us identify the vehicle and the individual responsible. In addition we would appeal to the driver of the vehicle to come forward and contact us.”

“Anyone who was in or around Stenhouse Gardens and saw anything suspicious or who has information that can assist with our enquiries is asked to contact the police immediately.”