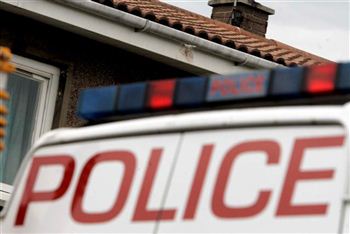 By Michael MacLeod and Shaun Milne

A BULLET recovered by police at the scene of a drive by shooting could hold vital clues in tracking down who was behind the incident.

Detectives are probing the shot fired at an address in Dalkeith, Midlothian, at around 11.25pm on Wednesday.

Damage caused by the bullet could be seen at the home of George Rae, 39, who police sources say was also the target of recent threats made at the start of the month.

The blast left his neighbours in Woodburn Avenue shocked, with many last night saying a feud had been bubbling under for some time.

No-one was hurt in the drama, but police confirmed there was damage to the property and the attack was not thought to have been random.

Witnesses reported hearing a loud “bang” at the time of the incident and a car being driven away at speed immediately after.

One neighbour said: “It’s getting too scary to feel it was just a fluke shot. 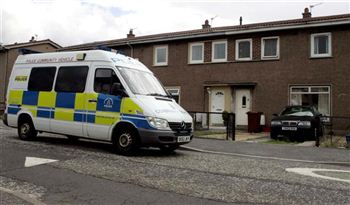 “The police have been in the area on and off for a while and they knew something was coming.

“I can see why you would think it looks like a normal family street.

“But we have to try and get on with our lives while the police are here and there’s people shooting guns.

“I’ve got kids and they are curious about it and I don’t know what to tell them.”

Another neighbour said they feared the violence could continue.

The man, who only wished to give his name as Alec, said: “From what I’ve heard this is a warning shot but nobody wants to be a grass especially living in this street, so I shouldn’t say more than that.

“But what’s going on is not going to end any time soon, that’s for sure.

“The police being here probably won’t stop the people or person behind this.”

A section of guttering was damaged in the shooting, but Lothian and Borders Police confirmed they had managed to recover a bullet at the scene.

They continued to guard the house last night with a high-visibility van parked outside.

A source linked the blast to a recent incident which saw Mr Rae threatened overnight between 2 and 3 May.

They said: “This is not two separate incidents; they are one and the same.

“The family were in their house at the time of this shooting and the 999 call came from their house.”

A man was detained and questioned over the threats on 5 May, only to be released without charge shortly after.

Police refused to confirm the nature of the threats made, but warned they were treating the most recent incident very seriously.

A spokesman said: “Thankfully no-one was injured as a result of the reckless discharge of this firearm.

“Nevertheless this is an incident we are treating extremely seriously, and we are appealing for anyone who was in the area, who may have seen what happened, to come forward.

“We are particularly keen to speak to anyone who noticed a dark-coloured car being driven at speed in the area after the shot was fired.”