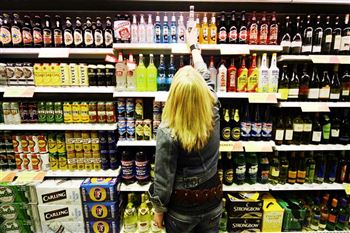 PARENTS have been blamed for new figures showing at least 550 Scots school pupils are thrown out of class for using drugs or alcohol each year.

They claimed living with addicts or dealers causes children to develop their own problems.

New statistics revealed that in the four years up to 2009, almost 2,200 children were excluded from Scottish schools for substance abuse.

Just over 900 were ousted for drinking alcohol, while the other 1,300 were reported to have taken drugs or abused solvents.

Of Scotland’s 32 council areas North Lanarkshire reported the highest figures in response to a Freedom of Information request.

The council area’s schools excluded 309 pupils in the past five years, including 15 primary school children caught with drugs in 2005-06.

While 78 of the school children were caught with alcohol, 231 were found in possession of drugs.

Only nine authorities reported back with figures, meaning the toll is likely to be higher.

Glasgow’s figures showed 300 pupils were excluded over the same period, with 20 withdrawn from primary schools.

They refused to give a detailed breakdown of figures for data protection reasons.

Youngsters with grown-up problems at school are unlikely to ever disappear according to teaching union leader Ronnie Smith.

The EIS general secretary said: “Schools work very hard on these issues but I don’t think we’ll ever get to the position where no cases are recorded.

“There’s an old fashioned view that school is some kind of sanctuary.

“The reality is they’re not unaffected by the wider world.

“Drink and drug use is widespread in society today and sadly schools are a reflection of our times.

“Some of our pupils may be living with alcoholics or addicts, even dealers.

“Drink and drugs will be part of their everyday lives.

“It’s no surprise that some develop their own problems.”

The figures were described as “worrying” by the Conservatives’ shadow education minister Liz Smith, who admitted they did not shock her.

The MSP said: “Most parents will be appalled by the thought their children could be sitting next to someone with drugs or drink on them in class.

“While many parents may be surprised, sadly I’m not.

“Having spoken to many head teachers I’m aware that there has been a sharp increase in the number of kids using drugs at school.

“The idea of them being used in combination with alcohol doesn’t bear thinking about.

“We need a zero tolerance approach.”

Removing pupils from school is a “last resort” according to the Scottish Government.

A spokesperson said: “Any child misusing drugs or alcohol is a cause of great concern.

“That’s why the Scottish Government has placed the promotion of health and well being for all children and young people at the heart of the new Curriculum for Excellence.

“Exclusion should be seen as a last resort for local authorities.

“The most recent national statistics showed that there had been a fall in the number of exclusions for drug and alcohol misuse between 2007/08 and 2008/09.”