Edinburgh claw to victory against Panthers

For the second weekend in a row, the Edinburgh Capitals had a double header with the same opposition. This week it was the Nottingham Panthers in two back to back matches over the weekend.

Last weekend they were hosts to the Belfast Giants, winning on Saturday in extra time and losing in extra time on Sunday under a controversial refereeing decision.

The Capitals are playing well and given the size of the squad and lack of a full time coach they are now playing their best hockey this season.

As Murrayfield ice rink played host to the Nottingham Panthers. Would their winning streak continue?

The Panthers were straight on the attack after the face off and Capitals’ netminder, Scott Reid (33) had to make two great saves in the first ninety seconds.

Panthers’ number eight, Matt Myers was already spoiling for a fight, and marked himself out early as one to watch during the game.  The Panthers were definitely more physical than the Capitals but the home players were not intimidated.

Against the run of play the Capitals’ stole the first goal of the game after just two and a half minutes. Iain Bowie (8) had passed the puck to Jacques Perreault (23) ahead of him on the ice who weaved around an opposition player, skated into the Panthers’ third, passed it left to David Lomas (3) who was skating in towards the goal and just tapped it in to make it one – nil to the home team.

The Capitals managed a second shot just moments later, by Kyle Horne (5) but the Panthers’ netminder Kevin St. Pierre, who has been signed back up to play to cover for the injured Craig Kowalski, kept the shot out.

The first penalty of the game was committed by the Panthers’ netminder, Kevin St. Pierre, who received two minutes for tripping.  The penalty was served by Robert Lachowicz.

Capitals  piled on the pressure during the power play but the Panthers defended well.

The game was being played fast and furious and from end to end.  Nick Fanto (18) managed to fire off two shots on the Panthers’ goal, but both were saved.
Panthers’ Guillaume Lepine then received a two minute penalty for slashing.  The hit was so hard that it broke Iain Bowie’s (8) stick clean in half.

As the Capitals went on the power play, they managed to get a second goal scored by team captain, Martin Cingel (29) with assists by David Lomas (3) and Alex Kim (91).  Nine minutes into the game and the Capitals were two nil up.

The Panthers respond by turning up the heat.  Rob Bellamy knocks the referee out of the way to get through to the puck, but the Capitals defend their goal line.

Ian McDonald of the Panthers received a two minute penalty for delaying the game and despite being short-handed they managed repeated shots on the Capitals’ goal but netminder Scott Reid (33) was solid and kept the shots out.

Then Panthers’ David Clarke received their fourth penalty of the game, two minutes for tripping, but just 30 seconds into the penalty Robert Lachowicz, skating behind and around the Capitals’ goal, manages to poke the puck into the net.

He was assisted by Ian McDonald.

The Capitals bounce back and go straight on the attack and as we entered the final three minutes of the first period, the whistle just kept on blowing.  First the game was stopped for high sticks, then the Capitals’ Adam Taylor (7) was caught offside.

As the final minute begins to count down on the clock, Jacques Perreault (23) ended up on the ice covering the puck.  One of the Panthers’ players tried to poke it out but fails.

Then we got two double penalties within fifteen seconds of each other.

Panthers’ Rob Bellamy got two minutes for cross checking, then the referee decided he wanted a player from each side in the bin so awards two minutes to Adam Taylor (7) for slashing. The home crowd made their feelings over that decision very clear with boo’s echoing around Murrayfield.

Capitals’ Coach, Scott Neil, demanded the referee came to the bench and explain why he had sent Taylor off.

Then 15 seconds later Capitals’ Jeff Hutchins (71) and Panthers’ Matt Myers (8) both received two minutes each for fighting – finally Myers had got the gloves off and thrown some punches.  Hopefully he would be feeling satisfied now and may concentrate on his hockey?

The second period started with both teams reduced to four players and then when both teams were back to full strength neither was showing an advantage as the game went from end to end.

The Panthers managed to miss a goal when one shot was aimed at a half empty net. They could well come to regret that shot.

Just after 25 minutes Capitals’ Nick Fanto rattled a shot off and hit the back of the net with assists by Chris St. Jacques (14) and Adam Taylor (7).  Three-one to the Capitals.

Eleven seconds after, Jacques Perreault (23) received a two minute penalty for delaying the game. However the Capitals were pumped up and despite being short handed, launched another attack and Chris St. Jacques (14) scored with assists by Martin Cingel (29) and Kyle Horne (5).

Then as the clock hit the half way mark for the second period, the Capitals’ netminder headed towards the bench as the Panthers have conceded another penalty. This time it is Robert Lachowicz for high sticks.

Nick Fanto attempted his second goal of the night, skating behind the Panthers’ goal and trying a wrap around but was thwarted by a great save by Kevin St. Pierre.

As the period neared the end, Capitals’ Chris St. Jacques (14) received a two minute penalty for hooking and the period finished four one to the Capitals’

The third period started and within twelve seconds the Panthers score their second goal. David Clarke is the scorer assisted by Rob Bellamy.

Ninety seconds on, the Capitals have been hemmed into their third of the ice. Then the Capitals’ got up the other end and Alex Kim (91) fired off a shot but it hit the Panthers’ netminder straight in his face guard – he is momentarily stunned, but okay.

With 43 minutes on the clock the Panthers were dominating the game and Jeff Heerema shot and scored, assisted by David-Alexandre Beauregard and just thirty three seconds later the Panthers scorde their fourth goal levelling the match.

The Panthers then continued to dominate the ice and piled the pressure on the Capitals’ players,  becoming more physical.

The Panthers were then caught offside and with five minutes remaining in the period Panthers’ number two, Tom Norton, received a two minute penalty for slashing.

The game continued at this amazing pace. The Panthers had a great chance to finish the game off when Billy Ryan was one on one with Capitals’ netminder, Scott Reid, but Ryan slipped as he was about to shoot and Reid made the save.

The game then went to the Panthers’ goal and Kevin St. Pierre made a spectacular save, ending up on his back covering the puck.

Capitals were caught offside with 54 seconds left, but went on the offensive after the face off and with eighteen seconds remaining they wrapped the game up with a goal by Nick Fanto (18), his second of the game, assisted by Adam Taylor (7) and Chris St. Jacques (14).

Another fantastic victory for the home team. 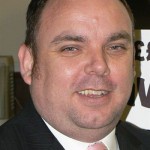 Ice hockey players dice with death on a frozen loch

Clan come out top against Capitals in east meets west