MADONNA’S first Scottish concert has been targeted by touts charging more than £1,300 a ticket.

The American singer’s show at Murryfield stadium on July 21 sold out within minutes of the tickets going on sale on Friday.

But within hours tickets costing between £45 and £125 were on sale on the internet for more than 10 times their face value.

Demand for tickets is high as Madonna is set to play just one other UK date on her world tour, when she performs in London’s Hyde Park on July 17.

Last night opposition politicians called for a crackdown on people re-selling tickets at inflated prices. They said the practice damaged the reputation of the music industry.

Patricia Ferguson, the culture spokeswoman for Scottish Labour, said: “Madonna coming to Murryfield is great news for music fans and for Scotland, and it would not be right if her fans were priced out of seeing her by organised touts who snatch much of the tickets and sell them on for inflated prices.

“The Scottish government has made noises about working with the music industry to crack down on this, but so far we have seen little action. This is an opportunity to look again to see what we can do to protect consumers from the touts.”

A spokesman for the Scottish government said: “Consumer protection and online selling are reserved to the UK government.

“Ticket touting can price out genuine fans and that’s why we have banned unauthorised ticket sales during the 2014 Glasgow Commonwealth Games.”

Madonna, who has sold more than 300 million albums, married British film director Guy Ritchie in a ceremony at Skibo Castle near Dornoch in 2000. 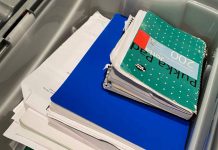