Savage attacks on Scots police are on the rise

SAVAGE attacks on front-line police officers are on the rise in Scotland.

There is also a growing number of officers facing agonising six-month waits for HIV and hepatitis testing as a result of brutal attacks. 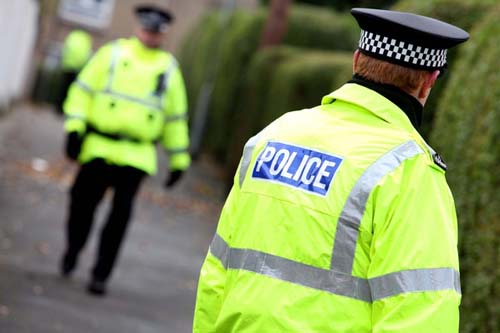 Hundreds of working days have been lost as a result of savage attacks.

The figures, released under Freedom of Information, showed Strathclyde, Scotland’s largest police force, had 186 attacks that required medical attention over the past three years – almost a third of which were bites.

The violence against police officers has resulted in hundreds of working days lost every year.

Brian Docherty, Chairman of The Scottish Police Federation (SPF) said: “Biting and spitting are some of the assaults that are happening more and more. There are various blood tests if there’s a break of the skin, including hepatitis and HIV. It can be six months before you get the full result back.”

Of those who reported the attacks, 17 officers were bitten.

In Tayside there was a marked increase in the last two years from 76 assaults requiring medical attention to 91. There was 18 officers bitten in this period, compared to nine bite victims in 2008/9.

Other forces, including Northern Constabulary and Grampian showed a steady tide of violence, with a total of 164 officers requiring medical treatment because of general attacks since 2009 – 364 working days were lost as a result of the attacks in the same period.

Central Scotland has also reported scores of assaults, but it was Strathclyde that had the most worrying figures.

The most common form of assault over the past three years was biting, with 49 officers and two civilian staff affected. More than 500 days, almost a year and half, have been lost since 2009 as a result of all attacks.

The figure applies to 30 officers and two members of civilian staff.

A spokesperson for Association of Chief Police Officers in Scotland (ACPOS) said: “By the very nature of policing, officers can find themselves in situations where there is a potential to be assaulted.

“Every injury and assault inflicted upon an officer is of concern, but in ensuring public safety we accept that front line policing cannot be risk free. Police officers receive thorough training at the Scottish Police College and undertake continuous training throughout their careers.”