THE brains of half a million Scottish adults are damaged by the early stages of Alzheimer’s, according to shocking figures unveiled by a leading expert today.

Professor Claude Wischik has calculated that one in five Scots over the age of 40 have a “significant degree of mental impairment” which is caused by the disease but undiagnosed.

And the chairman in mental health at Aberdeen University estimates around a third – some 170,000 people – will get full-blown Alzheimer’s in the next decade. 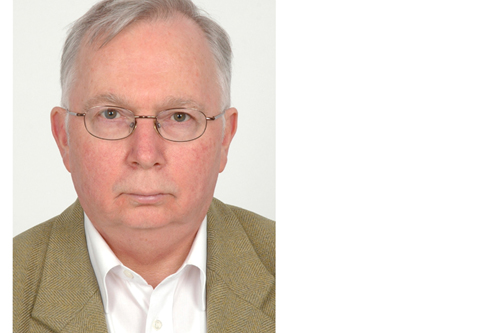 Professor Claude Wischik has calculated that one in five Scots over the age of 40 have a “significant degree of mental impairment.”

Official statistics for Alzheimer’s disease in Scotland show there are 84,000 diagnosed sufferers.

Professor Wischik, who undertook ten years of research on the subject of Alzheimer’s disease, said: “We calculate that about 500,000 of the five million population in Scotland have a combination of a significant degree of mental impairment and significant brain pathology.

“Of these, only 50-80,000 appear as Alzheimer’s statistics. The rest are at early stages that are likely to progress over the next 10 years to full-blown dementia.”

Prof Wischik, who said his statistics applied to those aged 40 and over, warned that NHS bosses faced a “progressively greater” financial strain, when it comes to tackling the disease.

Prof Wischik said: “Half of acute hospital patients are basically dementia patients. In acute-care hospitals, they present a social and management problem that the acute care system is poorly equipped to deal with.

“Systems need to be in place to intervene before these patients get into the acute care system.”

Prof Wischik’s findings come after researching one of the largest post-mortem studies ever carried out, in which 847 bodies were studied by the Braak’s research group.

The study looked at the brains of around 17 people per age bracket from aged 40 plus, and classified the evidence of Alzheimer’s disease.

From this evidence, Professor Wischik has calculated the number of Scots likely to be suffering early symptoms of the disease.

The professor added: “The system can’t cope the way it is. There has to be a radical overhaul.

“There will be a premium on early diagnosis and intervention that is way outside the scope of what the NHS is currently able to deliver.

A spokeswoman for Alzheimer’s Scotland said they would have to take on board the findings.

She said: “Currently the best available statistics show that about 84,000 people in Scotland are likely to have dementia caused by Alzheimer’s disease or other conditions.

“As Prof. Wishik’s figures are significantly different, we would very much like to review his evidence base in relation to our current methodology and wider policy implications.

“We greatly welcome further research to improve our understanding of how and why people develop dementia, so that we might ultimately find ways to prevent or cure the illness.”

Prime Minister David Cameron doubled funding for dementia research to £66million this week, to tackle what he called a “national crisis.”

There is no known cause of Alzheimer’s, but risk factors include age, genetics and a family history of the disease.