SOME of the biggest names in alpine skiing will come together during a parliamentary reception to honour the incredible successes of Scotland’s skiers.

The Scottish Ski team is celebrating a landmark year, enjoying a succession of wins this season, particularly from its younger athletes, who dominated the podium at the Great British Alpine Ski Championships in Meribel earlier this month.

One of those young winners was eighteen year old skier Alexandra Tilley who swept the board at the ladies event, winning all four disciplines – a feat not achieved since Chemmy Alcott was at the top of her game four years ago. 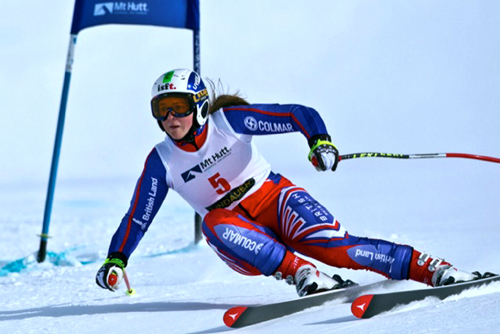 Alexandra Tilley has been hailed as the next Chemmy Alcott

The event will be held at the Scottish Parliament with the support of MSPs including Minister for Commonwealth Games and Sport, Shona Robison, who said: “The success of the team will only help raise awareness of skiing in Scotland and the excellent facilities we have around the country.

“The Scottish ski team is an inspiration to other Scottish athletes ahead of an important time for sport in this country, with the London Olympics less than 100 days away and the Commonwealth Games taking place in Glasgow in 2014. They have achieved global recognition in what has been one of the Scottish ski team’s best ever seasons.”

The incredible successes of the team are down to the sheer dedication of the athletes and coaches who train throughout the year, travelling as far away as Chile and New Zealand in search of snow in the summer months in order to compete in events all over the World.

As a testament to this, a significant portion of the GB skiing team is made up of athletes from the Scottish Ski Team. In the past GB skiers have included Alain Baxter, perhaps Britain’s most recognisable male skier and the highest ranked, as well as his brother Noel and Finlay Mickel, who is the country’s fastest downhill skier.

It is hoped that the event will also help showcase Scotland as one of the world’s top locations for developing skiing talent.

Scotland is perfectly place to do so, as it is home to top quality indoor and outdoor skiing facilities, including; Hillend, which is the longest dry ski slope in Europe, Xscape indoor facility at Braehead, Glasgow, as well as a range of dry ski slopes and ski centres in the Highlands which include Cairngorm, Glenshee, Nevis Range, the Lecht and Glencoe. 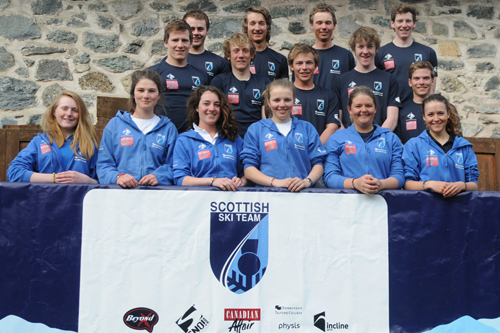 The Scottish Ski team dominated the podium in Meribel

Additionally, the hard work of the sport’s development coaches ensure the team’s talent is maintained and nurtured at all levels and the FAST initiative’s head coach Ronnie Naismith is to address the attendees on the evening alongside Scottish team Head coach Ross Gardner.

Ross Gardner said: “Our athletes undergo a gruelling training regime for 365 days of the year, demonstrating true commitment and dedication to their sport.

“Our recent results are very well deserved and way above what is generally expected from a lowland nation, and to see so many talented Scottish skiers progressing into the British team is fantastic.

“We have the knowledge, experience and initiatives for success – and coupled with the support of the Scottish ski facilities, clubs and Sport Scotland, we could achieve our ultimate aim which is to be on the podium at the 2014 Winter Olympics.”

Attending will be Hans Kuwall, dubbed the ‘Architect of Scottish Ski Racing’, an Austrian who introduced the sport to the nation.  Hans established the plastic race matting at Hillend, was the head coach at Cairngorm and coached the Bell brothers.

The inaugural event is sponsored by Dave Thompson MSP for Skye, Lochaber and Badenoch, whose constituency covers an area key to the Scottish ski industry; The Cairngorms, Glencoe and Nevis Range, and who knows the valuable contribution the sport makes to support local rural economies.

Snowsport Scotland is the National Governing Body for snowsport and provides the support and infrastructure to enable the success of the Scottish team.

Further information can be found on www.snowsportscotland.org