ONE of Glencoe Ski Club’s founding members who carried on skiing when he was deaf and blind has passed away aged 92.

Tributes have poured in for “Glencoe legend” Harrold Thomson from Glasgow following his death on Wednesday.

The former engineer launched Scotland’s skiing industry when he helped to create and build the first ski lift at Glencoe over 60 years ago.

In the 1950’s Harrold used to camp at the bottom of the mountain during the winter so that he could work and ski at the resort.

He would venture to Glencoe every year to ski and carried on well into his 80’s – even when he was later registered deaf and blind.

The avid skier was renowned for wearing a red bobble hat on the slopes and has been championed for being a pioneer in Scotland’s snow sports industry.

Harrold passed away following a five year battle with Alzheimer’s and leaves behind his wife Connie Thomson, 87, twins Bruce and Eric Thomson, both, 49, and son Duncan Thomson, 52 and eight grandchildren who all ski.

In his lifetime he would continuously bring his children and grandchildren up to Glencoe in a bid to share his love for the skiing industry.

Speaking today Harrold’s son, Eric Thomson, 49, said: “We were brought up skiing and I ski with my kids today.

“In the Winter we would head to Glencoe every weekend with my mum and dad and a group from the club.”

“Even when he was registered blind and deaf he was still up on the slopes.

“I was fearful one day he’d fall over and not get back up. The lifties always got him up onto the hills.

“Sadly, he got Alzheimer’s and in the last few years and couldn’t physically or mentally ski anymore.”

Harrold was a civil engineer and built the first chairlift in Scotland with former spitfire pilot Philip Rankin – who passed away in 2017 just a month before his 100th birthday.

Eric added: “The first tow was at the top of the hill and was a rudimentary rope tow supported by metal tripods.

“This was originally run by Scottish Ski Club and both my dad and Philip were members – it was run by the members.

“When [the ski run] White Corries came to be headed by Philip Rankin, the two were taken over by the company and there were two full time staff members and eight work party members my dad was in the work party.

“They weren’t paid, just got half a day free skiing for half a day’s work.

“The work party ran the tow and laterally the chair and and worked voluntarily, working in two shifts – half helping while the other half skied for free.

“Dad originally got the MacBraynes bus to Glencoe but later bought a car and camped at the bottom of the hill for a number of years in the early to mid 50’s.

“They often skied during the day and came back at night to continue building.

“Dad contributed huge amounts of time, hundreds of days, and became very active in the club over the years.”

Andy Meldrum, managing director at Glencoe Mountain Resort today paid tribute, saying: “Harrold was one of the original work party who built the first lifts back in 1956.

“As a civil engineer he was also responsible for the survey of the original Access Chairlift which at that time was the first chairlift in Scotland. We all have a lot to thank him for.

“He skied at Glencoe for more than 60 years, and was still skiing just a few years ago in his late 80’s.

“My abiding memory of Harrold was about five years ago.

“I was picking my way very slowly down the main basin in cruddy snow and near zero visibility only to spot Harrold in his easily identifiable red hat go whizzing past.

“The horrible snow and lack of visibility not seeming to bother him in the slightest.

“Our sympathies and thoughts are with his friends and family at this time.”

The post was shared over 2,000 times and attracted more than a hundred tribute messages with many sharing fond memories of the well-loved “true gentleman”.

“Harrold and Connie were my neighbours in Glasgow when I was growing up.

“I remember their boys skiing down Midlothian Drive in Shawlands one year when it snowed heavily.”

Angela Dingwall said: “Absolutely lovely man that will be dearly missed by all.”

Grody Orr commented: “So sad to hear the news that another Glencoe legend has left us.

“I shared many T-bars with Harrold and it was always inspiring to see him up on the hill every year.

“Thoughts going out to all those who knew him.”

David MacDougall added: “So sad, Harrold was a lovely man and a legend of the white Corries.

“I always thought of him as the Tom Weir of Glencoe with his red wooly hat.

“Will miss seeing him. Thinking of all his family and friend’s at t 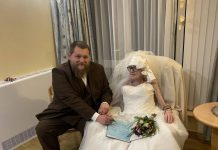 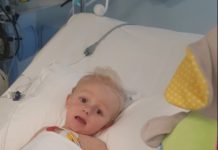