A HERO stranger risked his own life to rescue a pet dog from a car – seconds before it burst into flames.

Dan White ran up to the crashed vehicle, ignoring the smoke billowing from the engine, and pulled out trapped jack Russell Izzy.

Owner Ciara Hartley, who was with her baby daughter, praised 29-year-old Dan for his heroic actions. 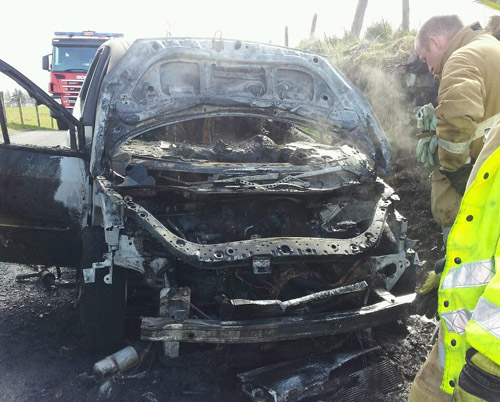 But fire chiefs sounded a note of caution, saying they do not recommend that members of the public put their lives at risk to rescue a pet.

The accident happened shortly after Ciara, 32, had enjoyed a walk with Izzy and Amber, one, at Beecraigs Country Park, West Lothian.

Ciara crashed her car as she negotiated the narrow, hilly road back to her home in Livingston.

She said: “I was driving down the hill and suddenly my brakes failed and then I saw there was smoke coming into the car through the vents. 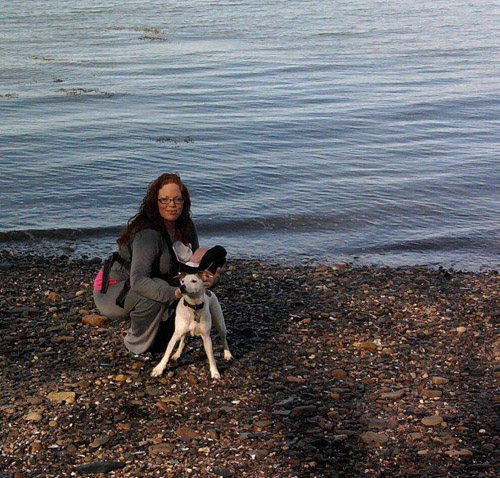 “I managed to stop the car and get Amber out and was standing there not knowing what to do when, thankfully, a car stopped.”

Dan, also from Livingston, said: “I work from home so I had gone out for a drive to clear my head when I saw Ciara and loads of smoke coming from her car.

“I stopped to see if I could help and she told me about the dog, So I went and got her.

“By that time, the car was full of thick smoke and there was a strong smell of burning plastic. I held Amber for Ciara so she could call her family and the fire brigade and gave her my jacket.

“I really don’t think that I did very much really. Ciara said I kept her calm, but I think she was only panicking because she was by herself.”

Seconds after the dramatic rescue, Ciara’s car went up in flames. 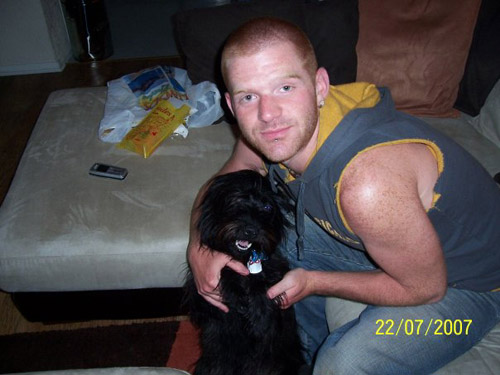 Dan was described as a “hero” by Ciara.

“Just after he got Izzy out, it really caught fire, so he got us into his car and moved it well away from my car to make sure we were safe.

“Then he gave me his jacket to wrap Amber in and made sure that I stayed calm.

“I called my family and the fire brigade and Dan stayed with me until he was sure that we were all OK.

“I really don’t know what I would’ve done without him. He was a real hero.”

A Lothian and Borders Fire and Rescue spokeswoman said: “This would have been a frightening experience for all involved, and the gentleman did the right think to stay with the lady and her daughter to ensure they were OK until emergency services arrived.

“The Fire and Rescue Service wouldn’t recommend members of the public put their own safety at risk to rescue a pet, however it seems to have ended well and we are pleased to know that Ciara and her family are OK.

“Fortunately fire crews were quickly on the scene to deal with the incident.

“If a car catches fire, we advise people to leave the vehicle as quickly and as safely as possible, call 999 and stay well back until fire fighters arrive.”