ASPIRIN kills cancer cells by controlling two key processes that influence energy use in cells and could explain how aspirin can prevent bowel cancer.

Cancer Research UK-funded scientists have found that aspirin switches off mTOR, a protein that is overactive in bowel cancer cells. mTOR plays a part in allowing cancer cells to produce excess proteins causing them to grow faster than they should.

At the same time, aspirin activates another protein, AMPK, which switches on pathways that generate energy but halts other processes in the cell that need energy, including mTOR. 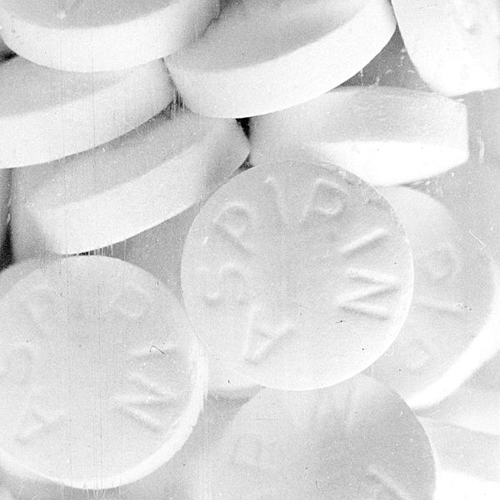 In showing this ‘double hit’, the scientists, based at the University of Edinburgh and Dundee**, have unveiled an important mechanism by which aspirin causes cancer cells to destroy themselves.

Researcher Dr Farhat Din, a Cancer Research UK clinician scientist fellow at the University of Edinburgh, said: “There is growing evidence showing that aspirin protects against cancer, but how it brings this about is the subject of much active research. Our new work shows, for the first time, that aspirin is acting on two master regulators of energy in bowel cancer cells and has given us a real insight to the disease.”

mTOR acts in the cell as a central hub that monitors levels of nutrients. By studying cancer cell lines, mice and samples from patients, the researchers were able to show that aspirin was blocking mTOR by measuring levels of proteins that it controls.

There is a growing body of evidence that aspirin can help prevent several cancers, though we know that long term aspirin use can cause harm in some high risk groups.

The scientists’ ultimate aim is to identify targets in the processes involved in cell energy balance in order to develop new drugs that are even better and safer than aspirin at preventing bowel and other cancers.

Professor Nic Jones, Cancer Research UK’s chief scientist, said: “This fascinating research provides an invaluable insight into how aspirin is working in bowel cancer cells. It builds on this team’s earlier work that was the first to demonstrate that aspirin worked to prevent bowel cancer. Cancer Research UK is funding trials and research to find out more about the role aspirin could have in preventing cancer.

“We recommend that anyone considering taking aspirin for cancer prevention should discuss doing so with their GP.”

The research is published in this month’s Gastroenterology.