A CAR smash in the Balkans has put an up-and-coming Scots band on the road to playing alongside Guns N’ Roses.

The five members of The Stagger Rats spent hours in a Serbian police station after crashing their tour van.

But their brush with the law brought them in to contact with the organisers of one of the biggest rock festivals in Europe– and a likely slot on the bill with Guns N’ Roses, Duran Duran and New Order. 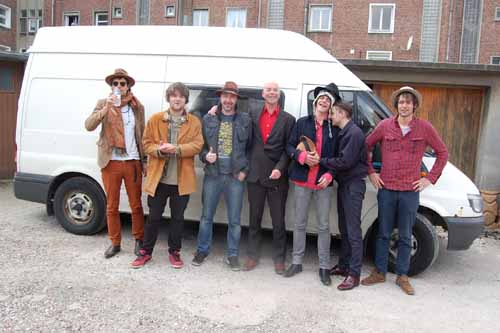 The Exit Festival, in Novisad, Serbia, attracts around 100,000 fans.

The Stagger Rats, from Dunbar, East Lothian, were driving their van through the country on a shoe-string tour of the Balkans which already taken in Croatia and Romania.

Guitarist Craig McMullen, 25, said: “When we were in Serbia, we crashed.

“The police turned up and took us back to the station.

“But one of the officers ended up going to his own house and bringing us back some of the local booze they drink there.”

He added: “The woman we crashed into, her friend works for Exit Festival.

“She phoned her up at the time and she gave the phone to our manager, Bonny, so we’re probably getting a gig there.

“It’s a really big one – it’s massive. The four-day festival is one of the biggest in Europe and can attract around 100,000 revellers.”

Band manger Bonny Squair is now in talks with organisers to get the boys signed up. 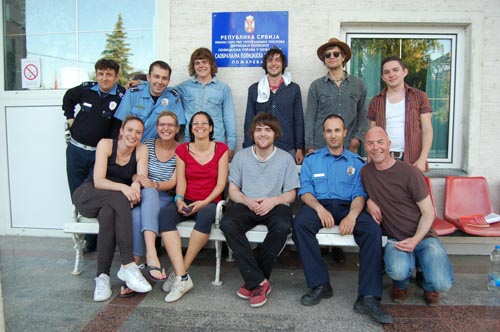 The band pictured with members of the Serbian police force

Organist Callum Easter, 24, said: “If it comes off, Exit Festival would be the biggest concert we have ever played. It is supposed to be like Glastonbury but even better.” 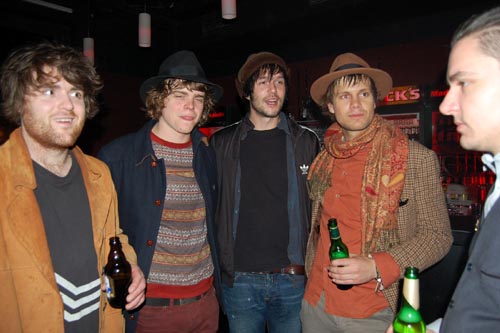 The tour had already proved disastrous for the band before the collision.

When they were in Romania, they were conned out of 50 euro by bandits and then faced a fine for failing a vehicle spot check in Croatia.

But instead of their crash ending in tragedy for The Stagger Rats, it could be the making of Daniel Paylor, Callum Easter, Craig McMullen, Kai Wallace and Terry McDermott.

“We covered around 5500 miles with seven of us in a Transit van travelling to France, Holland, Germany, Hungary, Romania, Serbia, Czech Republic and Croatia,” Callum added.

The band also hope to make it in America and are due to play at the famous South by Southwest Festival in Austin,Texas next year.

Their debut album Scorpio Leisure- recorded with producer Owen Morris, famed for working with Oasis, The Verge and Ash- is set for release towards the end of the year. 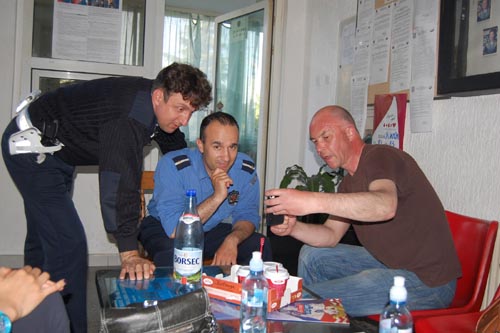