HEAD TEACHERS in Scottish schools are being urged to re-introduce blazers and school ties in order to raise academic performance.

Calls for a stricter dress code come after a school in Glasgow went from having one of the worst pupil exclusion rates in Scotland to one of the city’s best after it brought back uniforms.

Politicians and some school pupils believe the move would instil greater discipline and team spirit into children and reduce the pressure on them to wear expensive designer clothing. 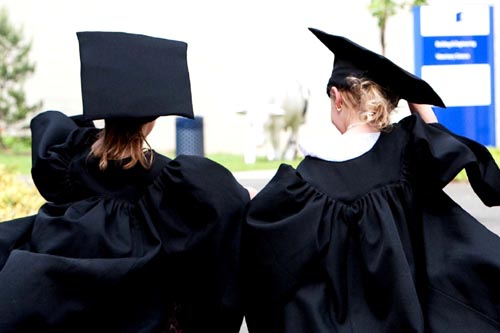 Wearing the same type of dress has also been found to reduce social snobbery and peer-pressure in educational institutions.

A survey by the Scottish Youth Parliament found 55% of pupils support school uniforms as the norm, while the idea is opposed by 30%, with 15% are undecided.

Around 64% of pupils believe wearing a uniform gives them a “sense of collective identity and belonging”, while 66% said it “avoids a fashion show where pupils feel under pressure to wear expensive designer gear”.

Vincent Docherty, the head of transformed John Paul Academy, said re-introducing the school’s strict uniform had played a part in the institution’s much improved exclusions rate.

When Mr Docherty was made head teacher three years ago, he found pupils turning up to class wearing “sloppy” street clothes and trainers.

Introducing a partial uniform for younger pupils and blazers for senior ones had “greatly enhanced the youngsters’ behaviour and learning”, he said.

A school uniform has also meant pupils are no longer bullied for not wearing expensive designer clothes, while security is improved because staff can immediately spot a young person who should not be on the school grounds.

Tory education spokeswoman Liz Smith said: “It does not have to be blazers and ties necessarily, but uniforms do help create a sense of pride.”

In 2007 Pupils at Craigroyston Community High School, in Edinburgh, e voted to wear a school uniform.

In 2011 A row broke out after King’s Park Secondary in Glasgow issued a letter warning sent a letter to parents advising students to dress modestly to avoid being targeted by “sexual predators”.