TOURISTS from the Third World are complaining that the Scottish capital’s roads are worse than back home.

Edinburgh’s pot-holed and endlessly dug up streets have astonished visitors from some of the planet’s poorest nations, according to tour guides.

Travellers from the Third World have complained that sight-seeing tours of the city are a bone-shaking nightmare and businesses claim the state of the streets is driving away investors. 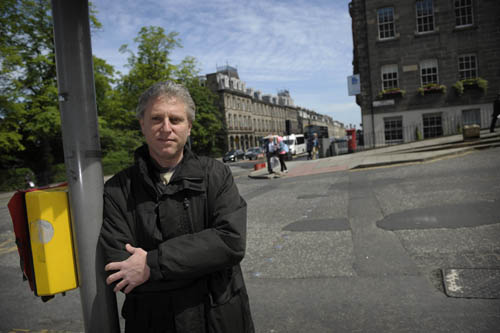 The 47-year-old, who originally comes from Argentina, said: “Almost everyone I’ve taken on tours recently has commented on the appalling state of the roads in Edinburgh, even people from Third World countries.

“It is something they all bring up, and it tends to range from comments like ‘this isn’t what we were expecting’ to those who say roads are worse than in their own countries. 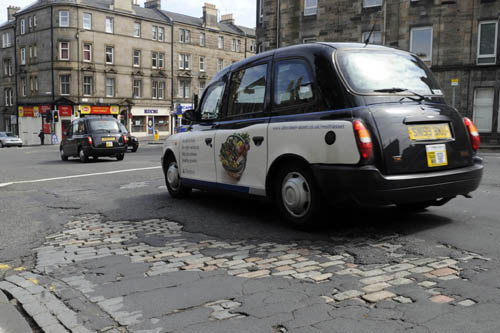 “Doing tours in the city centre is quite uncomfortable, because of all the potholes in the roads.”

Mr Chornogubsky added: “I’ve been on holiday to Third World countries and I’ve never seen anything like this before. For a capital city, it’s just shameful.

“Obviously the council are not doing anything about it. We get comments from people from places like South America – just a few days ago someone from Venezuela said something about it – they want to know why its so bad. 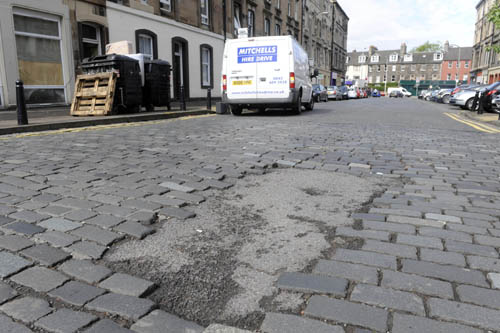 “In the 30 years I have lived in Edinburgh, it has never been like this before. When you go to any of the other cities, like Perth, they are so much better – the roads here are much worse than Glasgow.

“This is supposed to be the capital city – it’s something that needs to be addressed ASAP.”

Nicky Sanderson, 54, who has worked as a tour guide in Edinburgh for the past 11 years, said: “The roads here are pretty embarrassing.

“I lived in Mexico for a while and the roads in Mexico City and Guadalajara were smooth in comparison to Edinburgh. Those cities had lovely, big avenues designed for cars. Some of my customers are surprised that in a city as beautiful as Edinburgh, there are bad road surfaces right in the city centre.

“I don’t think the roads ruin their experience but it does leave them with the idea that Edinburgh is a bit of a tired, worn-out place. An 18th century city with 18th century roads to match.” 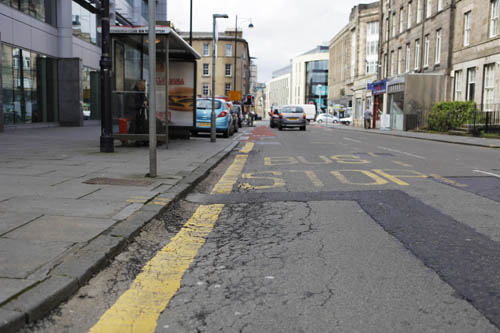 Business leaders said problems with the road system could put companies off from setting up in the Capital.

Gordon Henderson, senior development manager for the Federation of Small Businesses in Scotland, said: “More investment is needed in Edinburgh. Businesses want decent roads and connectivity. People establishing businesses are not going to be encouraged to set up in places which have a bad reputation for transportation.”

Ian Maxwell of cycle campaigners Spokes said: “The quality of the roads in Edinburgh is a huge problem and it’s one of the things that puts people off cycling.

“Although we find that when problems are reported they are fixed quite quickly, there are far too many poor surfaces.” 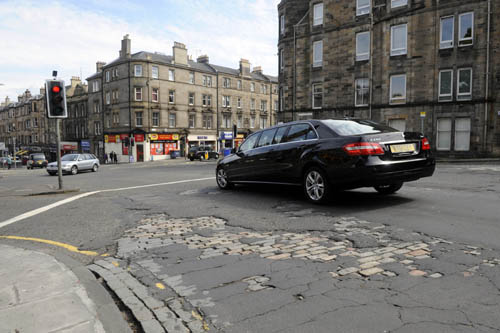 But deputy council leader Steve Cardownie said: “I’d be amazed if the roads in Venezuela are that good that they would cause people to say the roads here were poor.

Councillor Lesley Hinds, the city’s transport leader, said: “The most recent survey ranked us 11th out of 32 Scottish councils and we are still dealing with the legacy of two harsh winters but it is clear that more can be done.”

Last year the council was forced to pay out an unknown sum for 379 compensation claims for damage caused by potholes, a 71% increase on the previous year.