A parking fine for every centimetre of road: Tiny street tops ticketing table

A SCOTS street has emerged as the most dangerous for illegally parked drivers, after it was revealed that almost 8000 tickets had been dished out in two years.

Chalmers Street in Edinburgh is just 160 metres long, but parking attendants have dished out an astonishing 7700 tickets in the last two years.

It means an average of 12 tickets being written every day, or a ticket for every centimetre of the road each year. 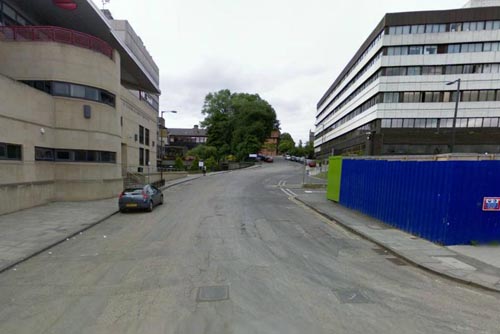 The figure is only beaten by George Street, which saw 21,700 tickets handed out but is ten times as long, it is thought to have generated around £650,000 of revenue.

Across the city, £11.4 million has been raised over the last two years from parking fines, with drivers paying between £30 and £60 for each infringement.

Many of those fined for parking on Chalmers Street, which is pay and display between 8.30am and 6.30pm Monday-Saturday,  are thought to be patients at the nearby hospital building on Lauriston Place. The street is also home to a high school and a construction site for a luxury apartment complex.

Patients’ groups have demanded reassurances that wardens are not deliberately targeting the street due to the high likelihood of drivers overrunning due to late appointments.

But council chiefs insist the street is fairly policed and drivers who have been ticketed while in the midst of a medical emergency have had their tickets cancelled.

Dr Jean Turner, executive director of Scotland Patients Association, said she hoped wardens were not targeting an area where they were guaranteed to be able to hand out a large number of fines.

She said: “My cynical interpretation would be that attendants have come across a dripping roast, a street where they know a lot of drivers will be caught out by delays to appointments. It’s very stressful when you know you have an appointment and you are trying to find a space. You could easily run over the parking lines or be delayed and end up receiving a fine.”

She added: “I would like to be reassured that no preferential treatment is given to this street and hope that, with such high numbers of people caught out on a minor road, the council look into why it is happening.”

Andrew Howard, from AA public affairs, said cutbacks in council budgets would be the reason they could not afford to be lenient on parking infractions.

He said: “Most local authorities are under pressure to continue to make money and parking enforcement is one of the few areas where they have control over the ability to do so.

“They may well need to keep the parking revenue up and therefore target areas where there are people infringing the rules, for whatever reason.”

The city’s transport bosses pointed out the t 20% of fines handed out in Chalmers Street were overturned and that the council was understanding in cases of medical need.

Transport convener Councillor Lesley Hinds said: “We would ask that drivers respect the parking regulations in place in order to keep the street safe and accessible.”