AN EIGHT-year-old Scots girl is close to realising her ambition of being able to walk and dance like her twin sister.

Brave Brooke Ramsay is recovering after a delicate and rare operation on her spine to reverse the effects of her cerebral palsy.

Brooke, from Carnoustie, Angus, is the first Scot to get the £24,000 operation paid for by the NHS. 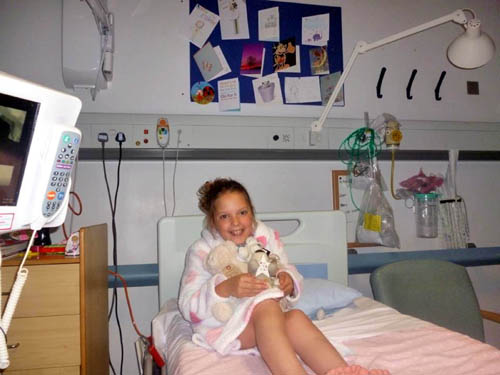 Brooke delighted after successful five hour op, the first of its kind paid by the NHS

So far, the dorsal rhizotomy operation has a 100% success rate in helping children like Brooke regain their mobility.

She faced using splints to walk for the rest of her life without the four-hour operation, which destroys defective nerves in the spine.

Previously, families of children with cerebral palsy faced having to raise around £90,000 to have the operation at a hospital in St Louis, Missouri.

The signs are promising that Brooke will realise her “big dream” of being able to walk and go to dance classes with her twin Amy, who does not suffer from the condition.

Dad Stewart said today: “Her feet appear to be a bit better. They asked her to wiggle her toes every hour, and the range of movement is amazing.

“Now she can move individual toes.”

He said Brooke was not experiencing as much pain as before the
operation: “She’s got less pain in her leg now.

“She used to feel someone was forcing her shins back but now she’s not got that tightness.”

Stewart continued: “We’re feeling really good. This was a major decision for us because there’s a risk if they didn’t get it right she could be paralysed.

“But when she opened her eyes after the operation it was a huge weight off our shoulders.”

It will take months for Brooke, who is now recovering on the hospital ward, to be able to walk long distances unaided.

Brooke and Amy were born prematurely in June 2004 at Ninewells hospital in Dundee, weighing just 2lb each.

Doctors battled to save the girls from a variety of conditions including chronic lung disease and brain bleeds. 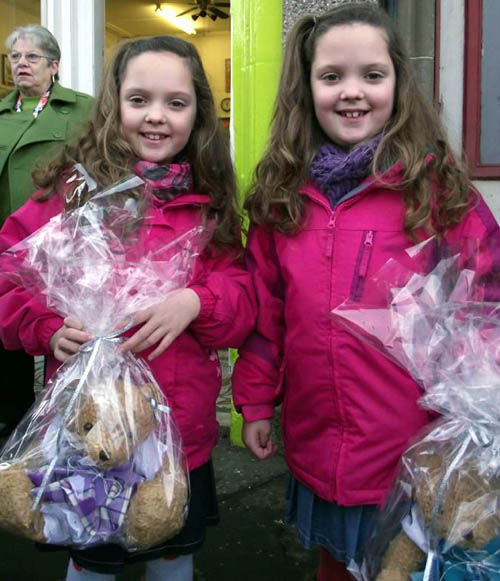 Brooke was left with cerebral palsy, which severely limits the movement of her legs and causes her great pain.

Stewart and Brooke’s mother, Laura, were initially told the NHS would not pay for the operation, so they worked tirelessly to raise £60,000.

In January this year Brooke’s parents hit out at the NHS over what they said was unnecessary stalling over Brooke’s treatment.

After the NHS backed down in April and agreed to pay, the generous couple then gave the money they raised away to other good causes.

Laura, 31, said at the time: “It’s brilliant news. After all this fighting, we’re all on cloud nine and I’m glad that part of it is over.

“When we told Brooke it took a minute for it to sink in, but then she just started screaming.

“She’s very excited. Brooke’s big dream is to go to dance classes with her twin sister Amy and we’re hoping that after this, that will be possible for her.”