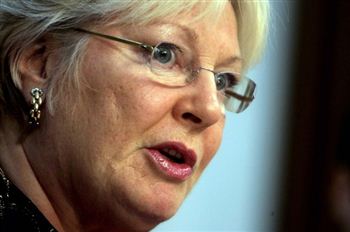 A LOCKED-in syndrome patient who pleaded to be allowed to die with a doctor’s help has urged MSPs to legalise assisted suicide in Scotland.

Tony Nicklinson, who is paralised from the neck down and communicates by blinking, blasted “cowardly” politicians for not tacking the right-to-die issue.

He backed independent MSP Margo MacDonald’s bid for an assisted suicide bill in the Scottish Parliament, who says she is delighted to have received his support.

Mr Nicklinson lost a High Court battle on Thursday to keep doctors immune from prosecution if he decides he wants help to end his life.

The 58-year-old has described his condition as a “living nightmare”.

Mr Nicklinson, who lives in Melsksham, Wiltshire, said: “I know MSPs and MPs are representatives and not delegates, but those who vote against law-change in parliament while their constituents want to see change do so at their electoral peril.

“I would like to think that, at the next election, candidates are asked what their attitude is to assisted dying and an unfavourable response means no vote.”

He continued: “Since most MPs are cowards who will do their utmost to avoid controversy, nothing will happen.

“I think it’s very important because, although it may have a different legal system, Scotland is also part of the UK.

“Would it blaze a trail that Westminster and other could follow? One would hope so.”

MacDonald, who has Parkinson’s disease, has just finished a consultation on an assisted suicide bill.

Many faith and pressure groups oppose the idea, and two years ago a similar bill was defeated.

She said: “I am absolutely delighted that a man of such courage and character should give us wholehearted support, particularly  when even the strongest of opponents must see that for him it’s not a debating point, it’s sheer hell.

“I appreciate the fact that he has made the conection between the social change, the attitudinal change that has been needed, and the need to change the law.

“This time I might be able to get it through because it is going to be  a better bill, we’ve learned from the first bill and the consultation just finished, and because the public support can’t be denied.”

MacDonald said she understands some people’s faith does not allow them to support assisted suicide.

He became paralysed after suffering a stroke while on a business trip to Greece in 2005.

Another man, named only as Martin, also lost a bid for an ssisted suicide in the High Court ruling.

Lord Justice Toulson said the issue was for Parliament to decide on rather than the courts, but expressed sympathy for Mr Nicklinson’s condition.

He said: “A decision to allow their claims would have consequences far beyond the present cases.

“To do as Tony wants, the court would be making a major change in the law.

“It is not for the court to decide whether the law about assisted dying should be changed and, if so, what safeguards should be put in place.

“Under our system of government these are matters for Parliament to decide.”

After the ruling, Mr Nicklinson said: “I am saddened that the law wants to condemn me to a life of increasing indignity and misery.”