A SCOTTISH university has spent nearly £45,000 so student teachers can have their lectures in a multiplex cinema.

The University of Strathclyde has taken over a screen at a Cineworld in Renfrew Street, Glasgow, following the closure of the university’s Jordanhill campus.

During the day the cinema, which is the world’s tallest, is being used as a lecture theatre for postgraduate teaching students – and at night it converts back into a normal movie theatre. 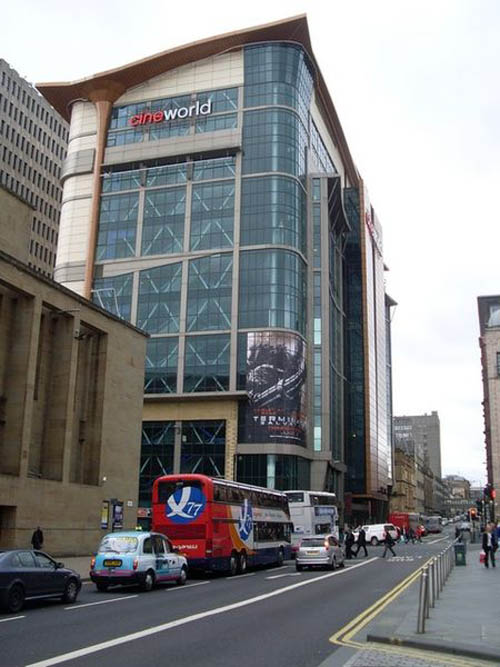 Information obtained under the Freedom of Information reveals that the university will pay £44,482 this academic year to Cineworld, with the last class expected to take place in March next year.

In addition, the university has paid for specialist lighting to be installed, with the hi-tech digital screen.

Figures obtained show that the university also paid the cinema £120 an hour for 23 hours of teaching in the second semester of 2011/12, as a consequence of a major fire at Strathclyde University’s James Weird campus in central Glasgow.

The unusual temporary measure will be in place while upgrade work is completed across the city centre campus.

The students were part of the Jordanhill campus, which is being sold as part of £350million renovation of the university buildings over 10 years.

University of Strathclyde Students’ Association vice president education, Rebecca Maxwell Stuart, said: “Apart from the very few times that students will be at Cineworld, they will be taught at the main campus, with staff mainly based in the Lord Hope building.

“As Cineworld is only being used as a temporary measure, the University will be looking at other locations in the future.

“I know that this will only be for this year, as it is not an economically viable option for the long term.

“However, given the circumstances Cineworld is the best option so that all the students are together and they are not split up.”

Strathclyde University is said to have considered other off-campus venues for the relocation of students including the Royal Concert Hall and Glasgow City Halls before plumping for the cinema venue.

A spokesman for Strathclyde University said: “The only other relocation of students in recent years has been to the International Christian College lecture theatre.”