THE £30-a-day maximum fine faced by a private firm running one of Scotland’s biggest hospitals is a scandal and should be increased, an MSP demanded today.

The NHS contract with maintenance contractors Consort means the firm can be fined a maximum of £28.24 daily for blunders, even if they shut operating theatres. 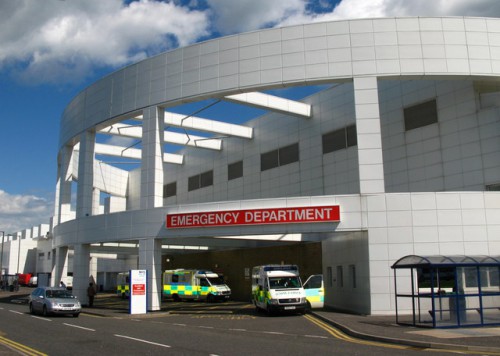 The ERI had to cancel operations last year after flies were found in sterile operating areas, thought to be from a pigeon which died inside the building.

He said: “The ongoing revelations of PFI is nothing short of a major public scandal. The paltry fines for major negligence and breach of contract are totally unacceptable.

“Operations by torchlight, incomplete checks on staff and now the appalling breaches in hygiene with flies found in operating suites is truly shocking.

“It is unacceptable that NHS Lothian appear unable to apply appropriate penalties for what are serious breaches in the maintenance contract.

“The ERI alone will cost the taxpayer £1.28billion over the life of the contract.

“When you contrast that mammoth figure with the paltry fines which NHS Lothian can impose, we see that these PFI contracts are failing the public.”

He added: “This issue is wider than Lothian, that is why I am seeking cross-party support to secure a parliamentary debate so that we can shine a light on PFI contracts.”

In June last year it was revealed flies from a rotting pigeon carcass were found in operating theatres in the hospital, causing two theatres to be closed for a total of 11 days.

But when NHS Lothian quizzed Consort over the infestation, it emerged the company was only liable to pay a miniscule maximum fine.

Flies have also been found in windowless rooms, beetles being seen on a theatre windowsill and pigeons being heard in the roof void.

Health campaigner Gordon Beurskens obtained documents about the infestation and correspondence with Consort under freedom of information laws.

He said: “£28 is a pathetic figure. It won’t but much theatre time from Consort, or the private sector where delayed patients might end up.”

“If PFI was properly scrutinised, many of these absurd deals wouldn’t have been signed in the first place,” he said.

Consort get an annual fee from NHS Lothian for maintaining the hospital, part of which is determined by a performance rating which Consort decides.

The health board is now trying to recoup around £40,000 from Consort by reducing its performance rating which it set a 99% in November.

A further £188,000 could be recouped by the health board if ongoing hygiene issues are not addressed.

Netting and mesh has been put up to deter birds, but no significant repair work was carried out until November, five months after the first incident.

Scottish Conservative health spokesman Jackson Carlaw said: “The fact operations had to be cancelled because of a pigeon infestation is humiliating enough.

“Now Consort’s refusal to take any kind of credible blame for the incident, and the toothlessness of the contract meaning the health board isn’t holding any aces, is making that even more stark.”

Consort has also been hit by scandals over power cuts to operating theatres and staff criminal background checks.

NHS chiefs are said to be privately exasperated by Consort’s performance, but the health boards director of operations in facilities said they were close to reaching an agreement.

George Curley, director of operations and facilities at NHS Lothian, said: “Patient safety is always our priority and we continue to work closely with our PFI partner Consort to ensure that this is achieved at all times.

“This is a self monitoring contract and Consort monitor their performance however this is reinforced by our own internal checks.

“In this specific instance we felt that their application of the contract did not reflect our position on the matter.

“We are close to reaching an agreement with Consort around this issue.

“NHS Lothian believes this to be a fair and reasonable offer avoiding the need for further costly investigations and actions.

“We have worked hard over the last year to build working relationships with our PFI partners and we are happy with the current level of service we are receiving from them.

“A partnership approach to patient environment and safety is absolutely necessary to maintain standards and to seek continuous improvements.”

A spokesman from Consort said: “Consort fully supports the statements made by NHS Lothian and has no further comment.”