SCOTTISH police have been criticised for spending almost £600,000 on
foreign travel over the past four years.

A single visit to Thailand cost taxpayers £26,000 – and police refused
to reveal the purpose of the trip. 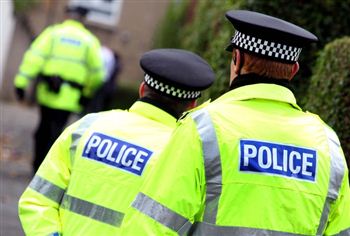 Scottish Tories said the amount of money spent was “startling” and
said it would be better used for front line policing at home.

Taxpayer groups said the refusal in many cases to reveal the reason
for travel created the impression officers were taking “jollies” to
holoday hotspots.

The former Lothian and Borders force spent £145,303 travelling to 81
destinations in total but refused to reveal the purpose of any of the
trips.

Lothian and Borders officer also made nine trips to Amsterdam – five
alone in 2009.

Central Scotland spent just over £5000 on two trips in 2012 for
“identification”.

Chiefs sent two officers to Rhodes in September last year with half
the total cost on a return flight via Athens and Heathrow.

Two Central officers were also visited Geneva in August last year
where they ran up “accommodation” costs of more than £1,700 for a two
night stay.

The former Fife Constabulary spent £10,232 on foreign travel and
Dumfries and Galloway almost £9,000.

Both Grampian and Northern Constabularies said they hadn’t sent any
staff member abroad within the time period.

Tayside was alone in refusing to respond, citing costs of dealing with the FoI.

Scottish Conservative Chief Whip John Lamont MSP added: “With police
budgets being stretched further and further in recent times it is
startling to see that so much money has been spent on travelling to
these far flung locations.

“No matter what the purpose of these trips, many people will rightly
believe that this money would have been better spent on front line
policing and fighting crime.

“Rather than jetting off around the world to seminars we need to
ensure that our police force is providing the best possible safety for
our communities.”

Taxpayer Scotland spokesman Eben Wilson said: “It’s utterly wrong for
any police force to refuse state clearly why these trips were made.

“If there are security considerations they can tell us that but to
stay quiet simply raises the suspicions that these are jollies at
taxpayer expense.

“With the advent of our new national police force being honest and
open about how our taxes are being spent has become doubly important.

“This is our money that is being spent.”

A Police Scotland spokesman said: “Police officers may require to
travel abroad for many reasons, ranging from operational activity to
training and development purposes.

“All such cases are subject to business case processes and approval
from senior management in the organisation.

“Travel – and accommodation – is booked on the basis of best value for
the organisation and trips must be justified as having benefit to the
service or operational purpose.

“Only in exceptional operational circumstances would it ever be
envisaged that officers would have to pay for their own business
travel and reclaim – and we are not aware of any such cases.”