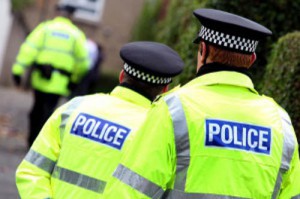 SCOTTISH police must be given control over their own computer systems to guarantee public safety, a leading officer has demanded.

The Scottish Police Authority (SPA) – which oversees policing north of the border – is currently in charge of crime-fighting computer systems.

But the president of the Association of Scottish Police Superintendents (ASPS) says control should be handed over to officers themselves.

David O’Connor said only the Police Scotland chief Steven House should decide how to manage Information and Communications Technology (ICT).

He said: “Police rely on ICT to keep people safe.

“Yet the Chief Constable does not have direction or control over police ICT.

“There is a conflict of interest in the SPA delivering ICT as a service to the Chief Constable.

“It reduces the opportunity to achieve savings; it builds in delay, and removes control of the risks relating to keeping people safe through police ICT from the Chief Constable to the SPA.”

The SPA was set up to scrutinise Police Scotland, which took over from Scotland’s eight regional forces on 1 April this year.

Last year it emerged a £7.7million police computer system, called the Common Management Platform, was switched off before it was ever used.

The system, designed to unify parts of Scotland’s police computers, was meant to save £30million.

But the plan was dropped ahead of Police Scotland being introduced, and Scottish Labour branded the fiasco “staggering.”

An SPA spokeswoman said: “The Chief Constable made clear as far back as November of last year that the priority for him was that policing should articulate its needs as an intelligent customer, and that it was not necessary for him to have ICT under his direction and control.

“We have moved forward together on that basis, and having the Chief Constable as a single customer is already demonstrating practical benefits.”