BUNGLING council workers left  lampposts in the middle of a footpath right next to a community centre used by parents with pushchairs.

A new path was constructed in the Edinburgh street but rather than move the existing lampposts workers constructed the walkway around them.

Parents pushing prams and wheelchair users near the Inch community centre have no choice but to swerve around the obstacles. 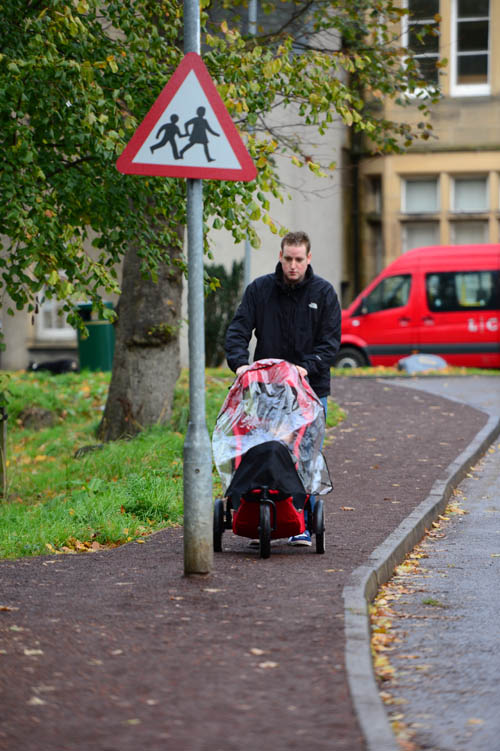 The bizarre construction decision – which the council is unwilling fully to explain – has also resulted in the creation of “lay by” sections next to the lamps to make them easier to pass.

But a mum-of-two, who attends the parent and toddler group, said people were shunning the pathway and using the road.

She said: “It’s all well and good putting the lay-by in so people can pass with their pushchair, but what about people with twins?

“I’ve seen a lot of people who are just using the road instead because it’s easier than going around, so it was probably safer when there wasn’t one.

“I think it’s yet another waste of money by the council.

“I don’t know who thought having lampposts in the middle of the path was a good idea.”

Grandmother-of-two Helen McBain often brings Carrie, aged 19 months and Lori, three, to the park to use the play area.

She said: “It does seem a bit silly.

“I think what makes it even more odd is that they have had to put in passing places which shows the problem.

“If they put the lampposts to one side then they wouldn’t have to go to the bother of putting in the lay-bys.”

A spokeswoman for Edinburgh Council said: “When building the new path it was widened at this point to provide enough room for people to pass the existing lampposts.”

“The street lights were built a very long time ago and the path was built very recently.

“It would have cost a lot of money to move them.

“We widened the path so that people would be able to get past with enough space and not have an accident.”