A SCOTTISH pensioner on a mobility scooter has been caught in a hilarious online video holding up a coach party of German tourists.

The OAP is seen trundling along a busy Edinburgh road at approximately 5mph, forcing the German vehicle behind to a crawl.

It remains unclear whether the elderly man is taking revenge for decades of German towels left on Mediterranean sunbeds. 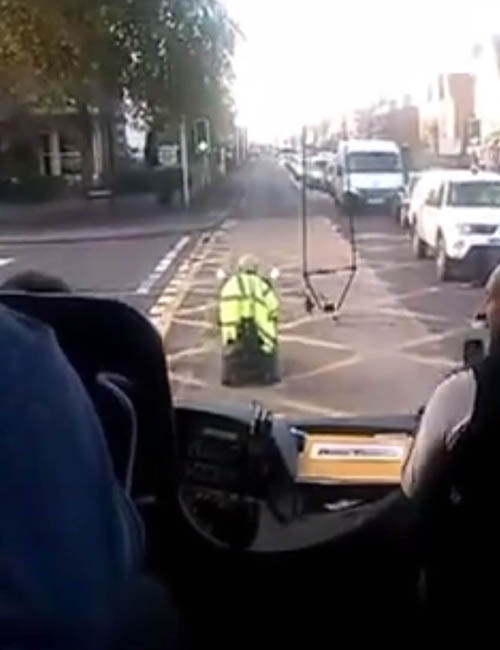 But the German travellers take the delay with good grace and can be heard laughing uproariously at the spectacle – even mentioning the war.

One is heard to say: “This is what the Germans lost the war for.”

The video was posted on Wednesday by website Edinburgh’s Worst Drivers, which usually dedicates itself to pictures of appalling parking in the city.

The mobility scooter driver, who has draped a high-visibility jacket over the back of the machine, drives in the middle of the road.

The nose-to-tail traffic coming in the opposite direction, which suggests the incident happened during the rush-hour, makes it impossible for the coach to overtake.

But ahead of the scooter is hundreds of metres of empty asphalt. 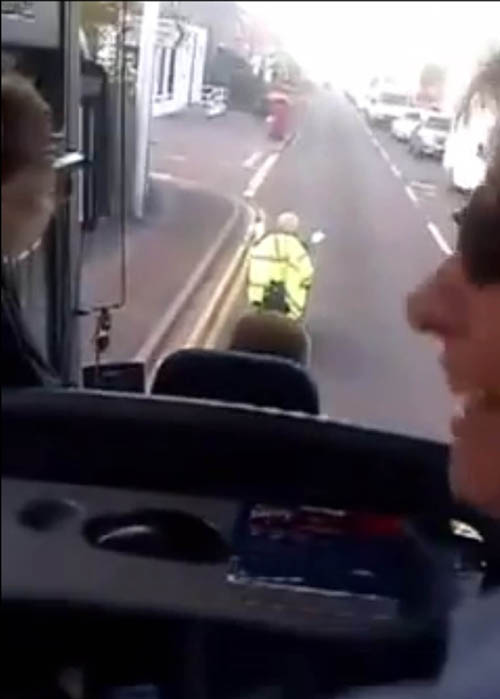 Another urges the pensioner: “Put your foot down!”

“This is like Formula One,” jokes a passenger. “What a crazy race. He’s putting up a brave fight. Maybe he’ll even find the accelerator, you never know.”

One passenger suggests the OAP knows exactly what he is doing, commenting: “He’s even laughing.”

“How can you be so stubborn. Damn Scotsman,” says another..

Edinburgh’s Worst Drivers praised the response of the Germans and compared it with the likely response of locals.

They said: “It’s interesting how these visitors to the city don’t seem to mind being delayed and find it amusing. 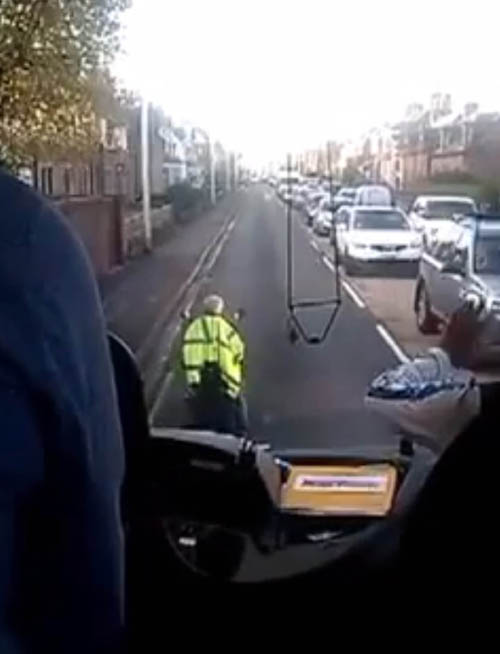 “Whereas a typical Edinburgh’s Worst Driver would be honking their horn and attempting to overtake [suffering] road rage.”

The video is called “Safety vehicles are now being provided by Edinburgh residents to assist international drivers arriving in the capital :-)”.

Edinburgh drivers made the headlines last week after a video emerged of a man eating a bowl of cornflakes on his way to work.

Police said they had viewed the video and confirmed the scooter driver was not breaking any laws.