A SCOTS pensioner who was eight-years-old when the First World War broke out is set to become Scotland’s second oldest woman – at 108-years-old.

Meg Melvin was born on 7 August 1906 and worked as a cleaner until she was 92-years-old. 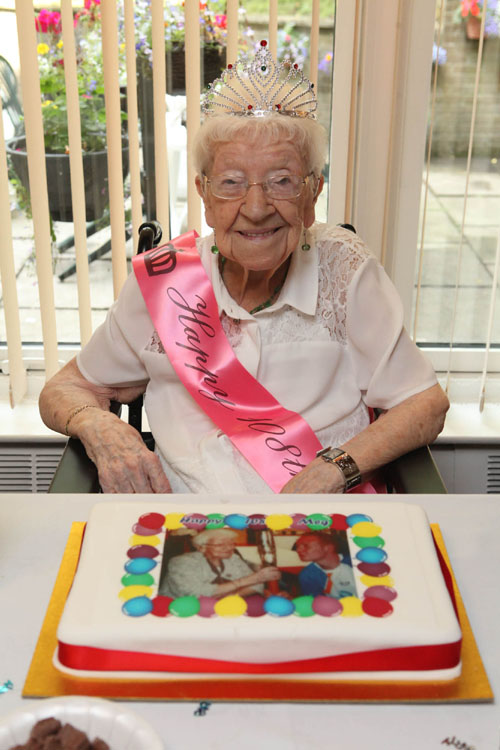 Born in Dundee but brought up in Govanhill in Glasgow, she credits her long life to never thinking about her age – and having a little bit of everything in moderation.

And even at 108-years-old, Mrs Melvin still finds the energy to play bingo every weekend and recently cheered on Scotland in the Commonwealth Games.

The pensioner celebrated her birthday with a party and buffet organised by her carers at Bield’s Dundas Court in Glasgow, where she has lived for the past ten years.

She said: “It’s been a wonderful day and I am over the moon to have all of my friends and family in one place to celebrate this special day.

She added: “I’ve seen a lot of change in Glasgow in my time – you can’t even get change from a pound anymore.

“My husband died in 1960 so he would have a lot to say about all the changes but I’ve lived a long and happy life.

“It’s all about enjoying it and taking things in moderation.

“The staff here have really made today so special, it was all a great surprise and I can’t thank them enough.”

Donald Melvin, Meg’s 75-year-old son, said: “The staff have organised the entire day but kept the details of the party a bit of a surprise from us. 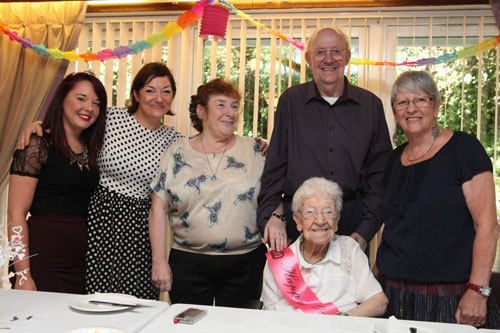 “It was fantastic to turn up and see the huge amount of effort that everyone involved had gone too. It was quite overwhelming.

“I think what really keeps her young though is that she never thinks of her age and perhaps her trusty daily bowl of Alpen has had something to do with it.

“Between socialising, playing bingo and having great support from the staff team at Dundas Court, Meg has a fantastic outlook on life.

“She’s seen so much throughout her life, including five monarchs and 20 prime ministers so has memories very few people in Scotland still have.

“She’s never been a typical mother, you could always tell her everything as her answer would always be to do everything in life in moderation and live life to the full.”

Mrs Melvin worked in a sweet and fruit shop when she left school before becoming the manager of a cleaning company.

The pensioner lived independently until she was 99-years-old before moving to Bield’s.

And despite her impressive age, the only health problem she has suffered from is cataracts in her eyes which has stopped her from participating in as many activities.

Kathy Crombie, Communications and Marketing Business Manager at Bield, said: “Meg’s 108th birthday is a remarkable achievement – and a cause for much celebration for her and her family and for everyone at Bield.”