A “SUPERPOD” of 400 dolphins has caused massive excitement on a Scottish island after coming to within a few hundred metres of the shore.

The huge group has been feeding in the narrow Sound of Raasay, just off the coast of Skye, which is as little as a mile wide at one point.

Tourists and locals alike have been flocking to the area to capture video and photographs of the superpod of common dolphins.

Experts say it is rare to see such a large group so close to shore.

The spell of recent good weather is thought to be linked to the remarkable sightings. Another superpod has been spotted further south in the Sound of Sleat, Skye.

And a minke whale – also unusual for the time of year – was photographed in the same stretch of water.

Cleodi (corr) Mackinnon said she was celebrating her 18th birthday with a boat trip in the Sound of Rasaay when the superpod” began following the boat.

Remarkable video footage of the 30-minute display shows hundreds of dolphins – including calves – surging through the water. 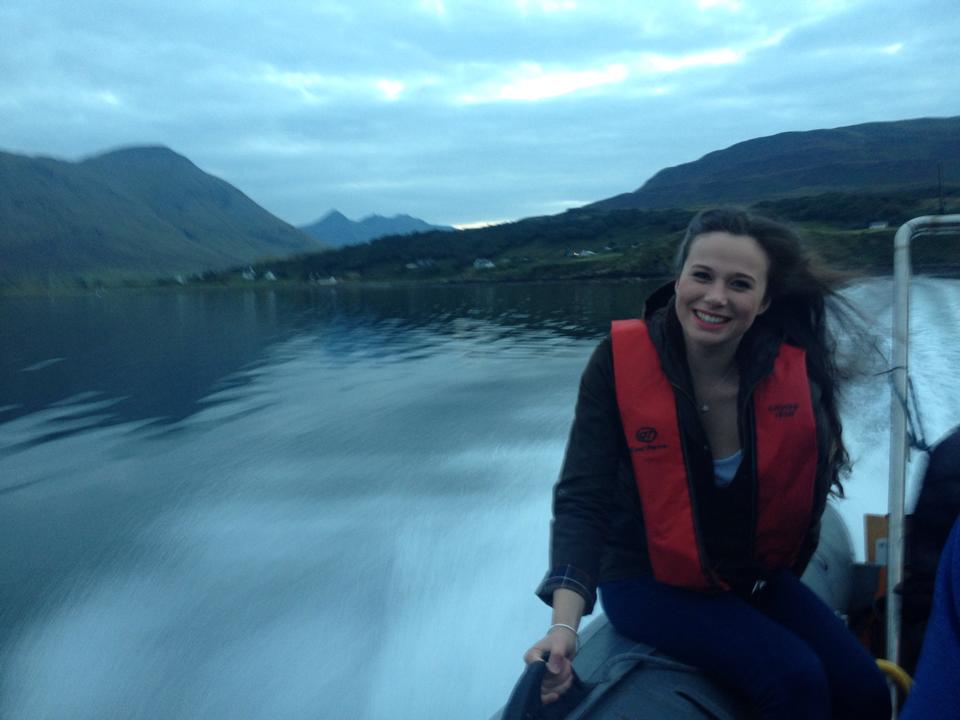 Cleodi, from Braes near Portree, said: “It was like something out of a movie. It was incredible, inexplicable. I’ve lived here all my life and the most I’ve ever seen is about 20.

“When we finally left for home it was like they did a big finale.

“They swam faster to keep up with the boat and kept jumping higher and higher.”

Her sister Katie, 24, said: “It’s something I’ll never forget. They were rubbing themselves against

the boat and their fins were splashing us.”

Kate Hannigan, centre co-ordinator at the Scottish Dolphin Centre in Moray, said it was highly unusual a large group so close to the coast.

“They do prefer deeper water. They are usually seen way out on the horizon when we see them off Moray.”

“It’s most likely they are there for the food for the young ones.”

Tony Macrae, 45, skipper of the Western Isles Cruise boat from Mallaig, said as well as unusually high numbers of dolphins there had been bigger visitors to the area.

“You can hear the gasps, and the delight from people. When I’m sitting in the wheelhouse and I look out every single person has a great big grin on their face.”