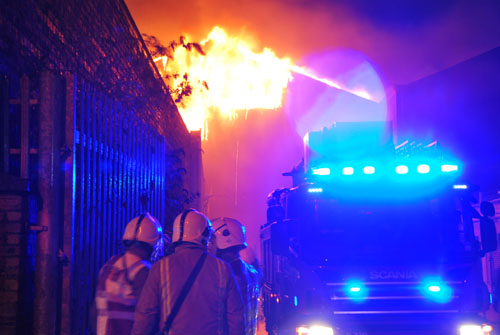 The Scottish Fire and Rescue Service were called to action less than 200 hundred yards a fire station after an industrial building went up in flames.

Fire fighters arrived on the scene to battle the rapidly spreading fire on Polmadie Road in Glasgow yesterday evening at 4:55pm. 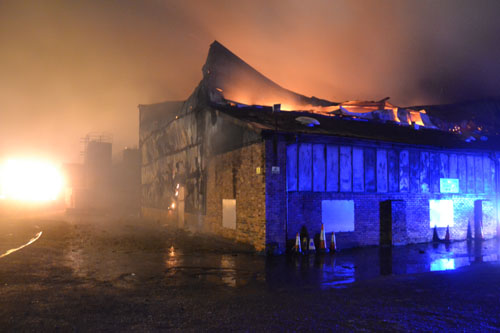 There were 50 firefighters tackling the blaze after the initial officer in charge had to request further support to deal with the fire.

Debris and smoke from the fire caused major rush hour disruption on the busy M74 and resulted in traffic being reduced to one lane. 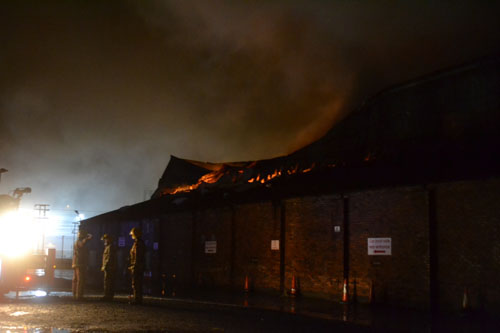 “The service mobilised firefighters from Polmadie Community Fire Station who arrived within minutes and were faced with a rapidly spreading fire within a large building measuring approximately 150m x 100m.