Edinburgh Castle has been named the UK’s Best Heritage Attraction for a record fourth year running at the 2014 British Travel Awards (BTAs).

This year’s BTAs – the largest consumer voted awards in the UK – saw the castle, Scotland’s number one paid for visitor attraction, once again lift the title, following a public vote.

Over one million public votes were cast as part of this year’s awards. The accolade of Best UK Heritage Attraction tops off a bumper year for the world-famous Scottish landmark, following a record-breaking summer season for the castle, which welcomes over 1.4 million visitors annually. 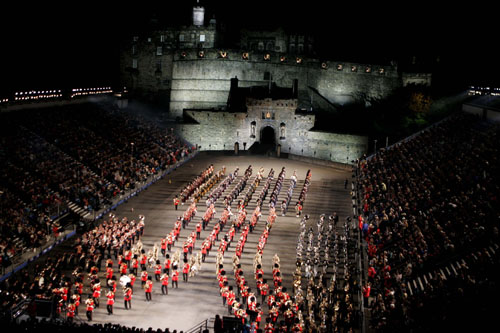 “With its dramatic setting, centuries of colourful history and panoramic cityscape views over the Scottish capital,Edinburgh Castle continues to enthral visitors from around the world.

“To be named the winner of this prestigious award for the fourth year running reflects the enduring appeal of this iconic Scottish landmark, which plays a key role in promoting Scotland to visitors both at home and overseas.”

“It is a wonderful accolade for Edinburgh Castle to have been named the winner of this prestigious award for the fourth year in a row.

“This award builds on a fantastic year for the castle where we have experienced another record-breaking season, with more people coming through the castle gates this summer than ever before, as we continue to invest in our world class visitor experience.

“This continued accolade is made doubly special as the winner is voted for by the public and our visitors and we’d like to thank them for their support.”