AN AGREEMENT between the European Union and Norway on fishing quotas has provided the Scottish fishing fleet with  larger quotas for haddock and cod next year.

Talks between the EU and Norway to finalise catching opportunities for shared fish stocks for 2015 concluded in Clonakilty, Ireland, yesterday (4 December).

The agreement brings an element of stability for the Scottish whitefish fleet for next year, although much uncertainty still remains for subsequent years when the discard ban, which means every fish caught will go towards the quota and cannot be discarded, will start to be enforced for this sector. 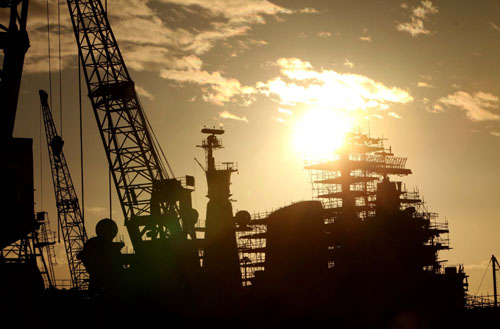 Under the agreement, the North Sea haddock quota will increase by 7% in accordance with the scientific advice, while saithe and whiting will both fall by 15% each. North Sea cod will increase by 5% for 2015. For the pelagic fleet, herring will fall by 5%.

Bertie Armstrong, chief executive of the Scottish Fishermen’s Federation, said: “Pragmatic decisions were made at these negotiations and the increase in North Sea cod in particular recognises the realities of managing complex mixed fisheries and the need for sensible balances.”

The conclusion of these EU/Norway negotiations now sets the scene for final decision-making for a range of other stocks at the European Fish Council meeting in Brussels commencing on 15 December.
Mr Armstrong added: “These EU/Norway negotiations concluded today are the last set of talks to take place between the two parties before the introduction of the landing obligation for the demersal sector in 2016.

“This means that this year’s crucial December Fish Council presents an important opportunity to agree on catch opportunity levels that reflects both the actual abundance of fish stocks and the requirement to reduce discards.”