A BUNGLING council has been forced to fork out an extra £140,000 on putting garden waste in landfill after cutting back on rubbish collections.

Scottish Borders Council tried to save cash bby cancelling the collection of garden waste from homes in the area. 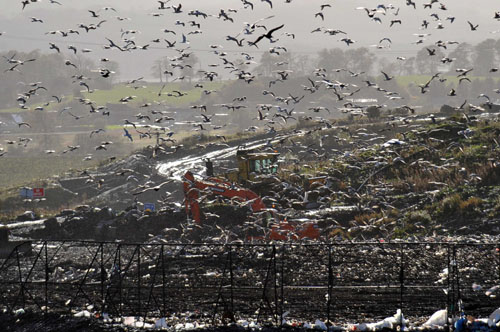 Recycling has dropped by just under 10% since the April 1 move.

Eight thousand locals have since signed a petition demanding a return to garden waste collections.

A former councillor who started the petition described the huge reduction in recycling as “embarrassing.”

Andrew Farquhar, from Hawick, said: “To say the decision to scrap garden waste collections has been a false economy is indeed an understatement given the colossal extra costs.

“Along with the embarrassing reduction in recycling, it is an outcome which everyone except the council could have predicted.”

Ross Sharp-Dent, the council waste manager, confirmed at a recent meeting that the removal of the garden waste collection was the reason for increased landfill use.

To make matters worse, the landfill tax levied by the Scottish Government has gone up from £72 to £82 per tonne over the year.

Between April and June this year, recycling dropped from 44.44% the previous year to just 34.52%.