A PET llama living on the windswept north east coast of Scotland has been declared the oldest in Britain.

Paddy the llama, who was 25 this year, has lived happily in a muddy field in Cullen, Morayshire since 1989.

His owner Helen Bream bought him after seeing an advert in their local chip shop when he was just a few months old.

But they were astonished after officials confirmed this week he is the oldest living llama in the UK.

Paddy is considered 100 years old in llama terms, as there are 4 llama years to every 1 human year. 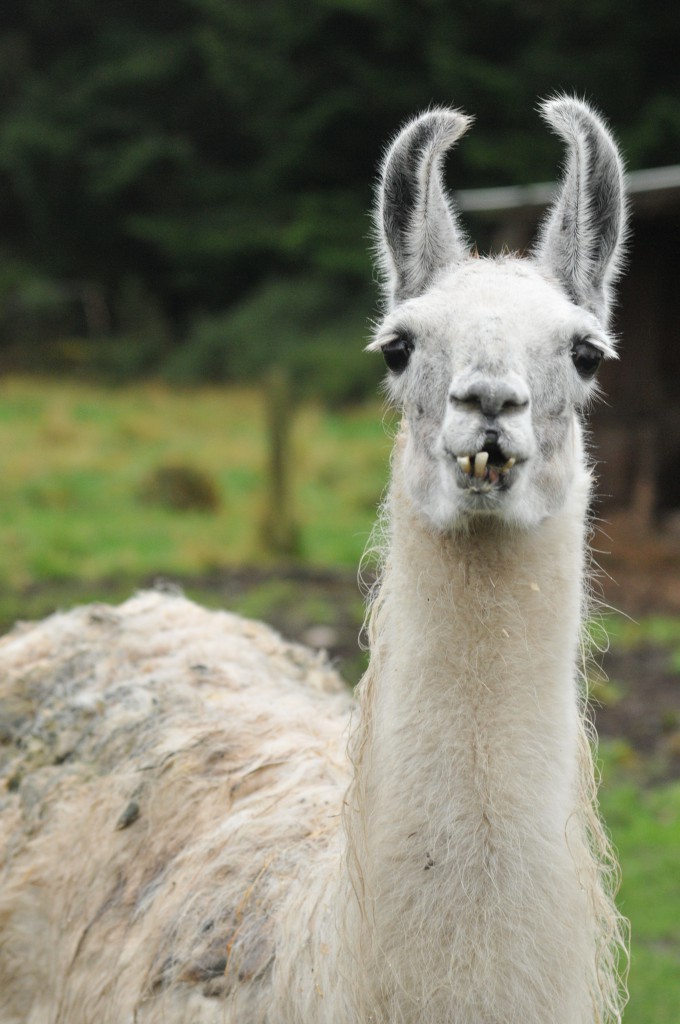 He lives in a field at the couple’s pet shop and boarding kennel business with a white pony called Thelwell. The unlikely pals have been together for most of their lives.

Vivienne Ives, registrar of the British Llama Society, confirmed last night:  “He’s the oldest llama that I know  of. It’s a rarity for them to get to that age.  Llamas go into the elderly category at age 12 – I don’t know why one would be the exception, maybe it’s genetics. “ 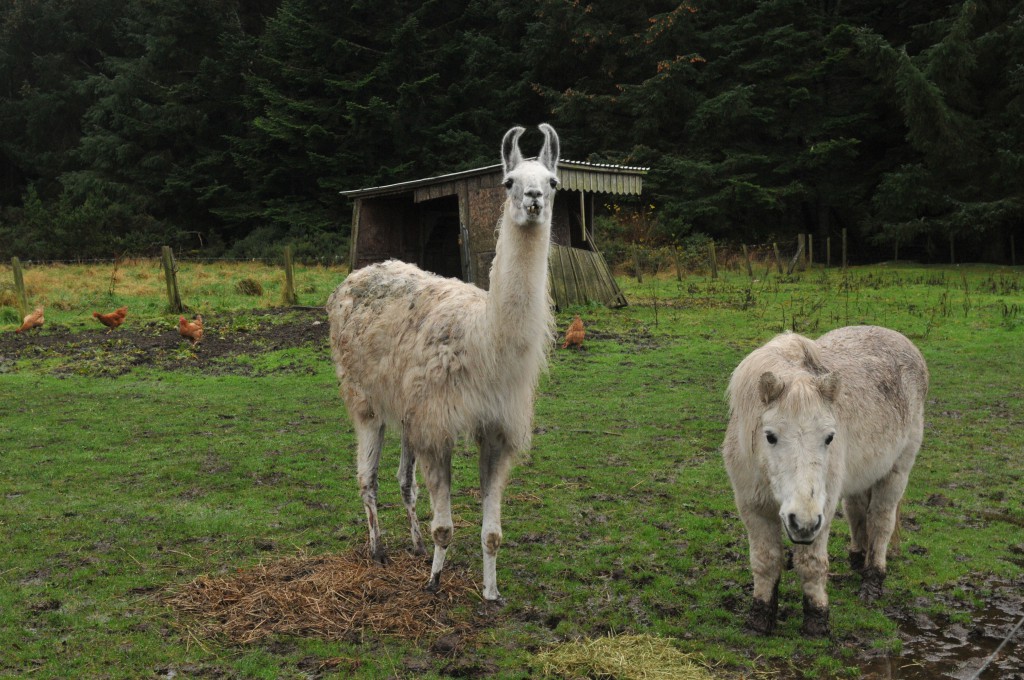 Helen, 66, said: “We don’t do anything really. I just feed him and brush him. I honestly don’t know

why he’s lived so long.

“He’s part of the family – he’s the same age as my youngest son. He’s just always been with us.

He’s only seen a vet once, when he was castrated.” 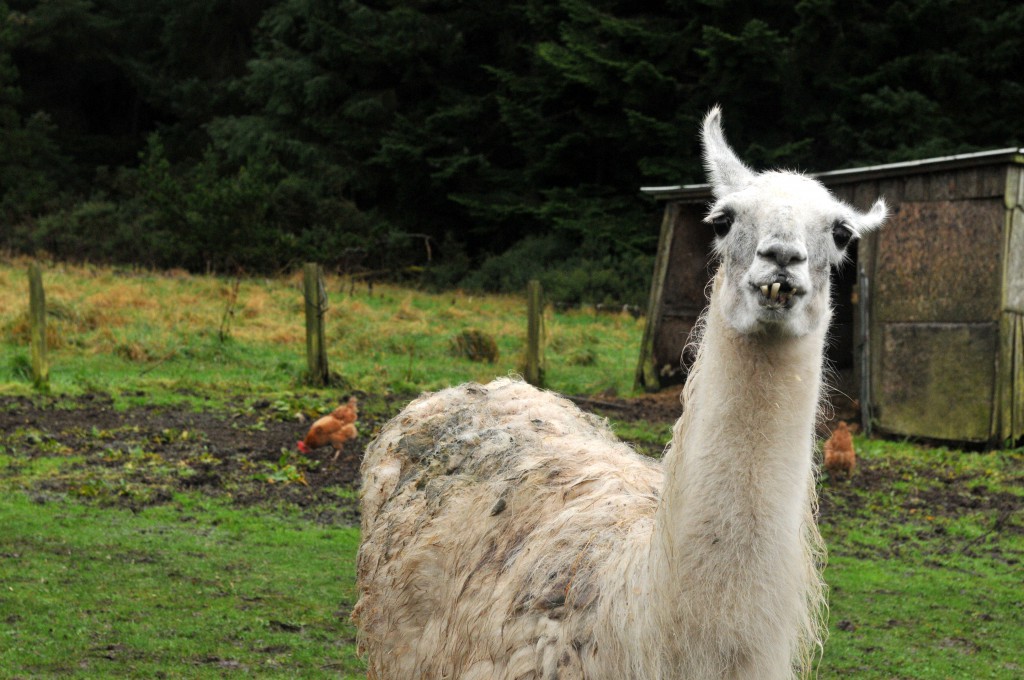 Despite Paddy’s advanced age, he  lives outdoors and endures the harsh Scottish weather all

He eats an unenviable diet of alfalfa, grass and spiky gorse bushes harvested from around his pen.  His owners say he is shy and only spits occasionally, when the pony steals his food.

Although he is missing several teeth and suffers from arthritis, Paddy is in perfect health and has only seen a vet once in his life. 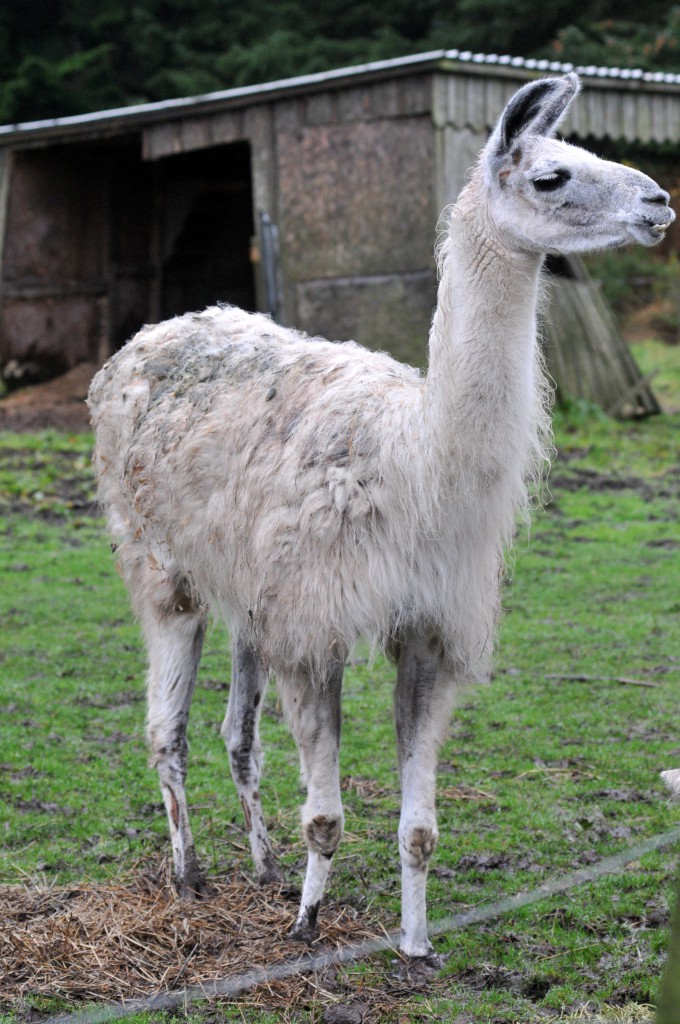 Paddy is the star attraction for customers at the pet shop, but is wary of adults and only allows children to pet him.

Mrs Bream said: “He’s quite shy and reserved really. He lets children pat him, but he backs away from adults.

“We won’t be throwing him a birthday party, but he likes eating spiky things so he will probably get a holly branch to celebrate.”

Specialist llama vet Janet Nuttall, of Heathfield Vets in Heathfield, Sussex, said: “There is no doubt that a few individuals have exceptional life spans but late teens or early 20s is the upper age limit often quoted. A llama of 25 years old is roughly equivalent to a centenarian in human terms.”

Despite his status, Paddy’s title as the UK’s oldest llama could yet be challenged  – only half of an estimated 3,200 llamas living in the UK are registered.

Reasons Why Your Business Should Use HR Software

Here Are 8 Tips to Make Balancing the Books Easier

What is a Cloud Ecommerce Platform?