An exhibition which will showcase a collection of artworks by one of Scotland’s greatest 18th century artists, Allan Ramsay is set to open in the North East.

A key figure in the Scottish Enlightenment movement, Edinburgh born Ramsay was renowned for his skilled portraiture, which eventually saw him appointed as the ‘King’s Painter’ during the reign of George lll. 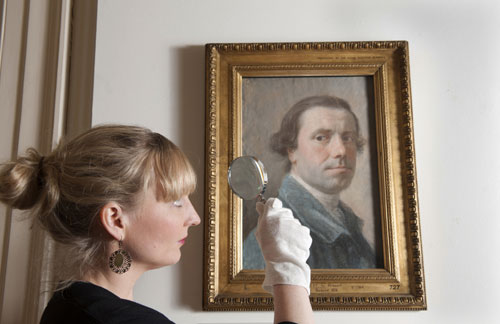 Although known primarily for his celebrated oil portraits, Ramsay was also a prolific sketcher and produced hundreds of drawings throughout his career.

Commenting on the exhibition, Lorna Ewan from Historic Scotland,said: “Many people might be familiar with Ramsay’s oil paintings depicting prominent figures and Monarchs, however, this exhibition will be an opportunity to discover a selection of the hundreds of drawings which he also produced during his career.

“These works will provide our visitors with a glimpse into his vast technical and artistic skills and capabilities, as well as providing an insight into Ramsay the man.”

Trine Nordkvelle, Curator of Prints and Drawings at The National Galleries of Scotland, added: “This exhibition showcases the skill of Ramsay and charts some of his earliest surviving studies alongside his later works, including two rare self-portraits, and offers a fascinating insight into the work and life of the artist.”

The exhibition in Duff House, opens to the public on Friday 27th March, will run until Sunday 5th July 2015 and is included within the House admission price.