A CHARITY shop has received its most generous donation yet – a stunning designer wedding dress.

The never-before worn item, worth over £1,500, was donated to the Marie Curie store in Corstophine, Edinburgh.

The strapless white gown, which is a size 14, can be picked up for as little as a tenth of the original price. 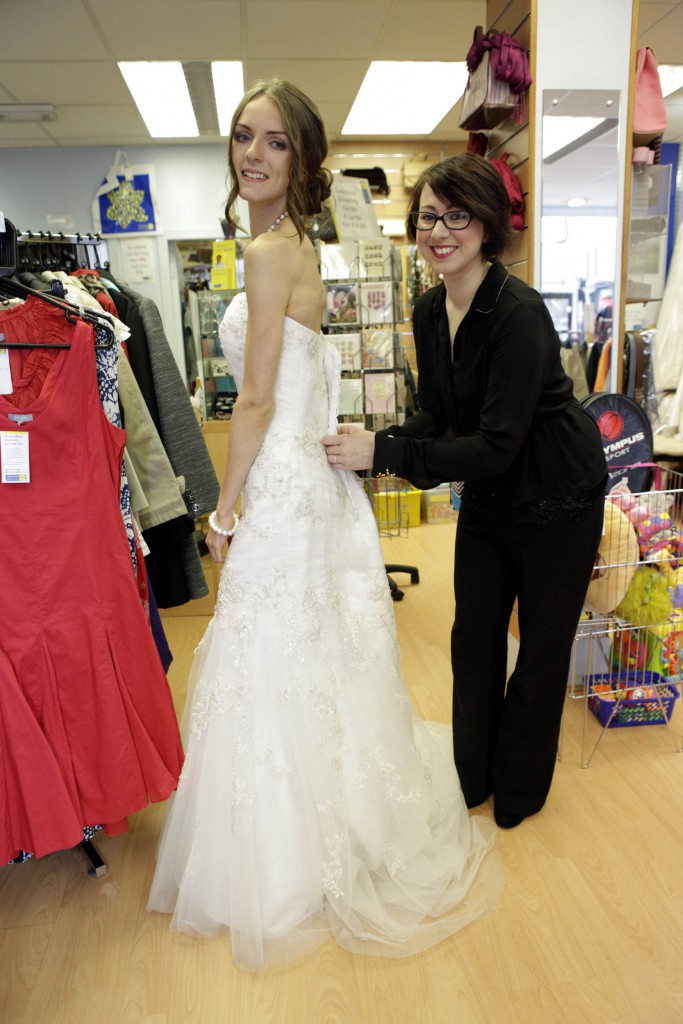 It was donated by bridal wear retailer Berketex Bride as part of an initiative to help charities raise money.

The Edinburgh store decided on Marie Curie as the manager had close connections with the charity – her father was given support when he was diagnosed with motor neurone disease.

The dress is only available through a silent auction, and as yet only one bid has been cast.

Natalie Lang, manager of the Edinburgh Berketex Bride store, said: “It was a charity really close to all of our hearts and the idea of donating the dress to Marie Curie was brought up very early on.

“The dress is completely new and in 100% perfect condition. We tried to pick a style that would appeal to the widest number of people in order to raise as much money as possible for Marie Curie.

“Although the dress is a size 14 a tailor would be able to alter it at least two dress sizes and we are happy to suggest a tailor for the lucky winner of the silent auction.”

Alison Smith, who has managed the Marie Curie charity shop in Costorphine for the past 12 years, said: “It’s the most generous donation I’ve seen since I’ve been here.”

Maria Usova-Sinclair, who volunteers every week in the shop as part of her Gold Duke of Edinburgh award, was asked to model the dress.

“It was lucky we had Maria as most of the people who work here are much older and certainly wouldn’t be able to fit into the dress” said Alison. 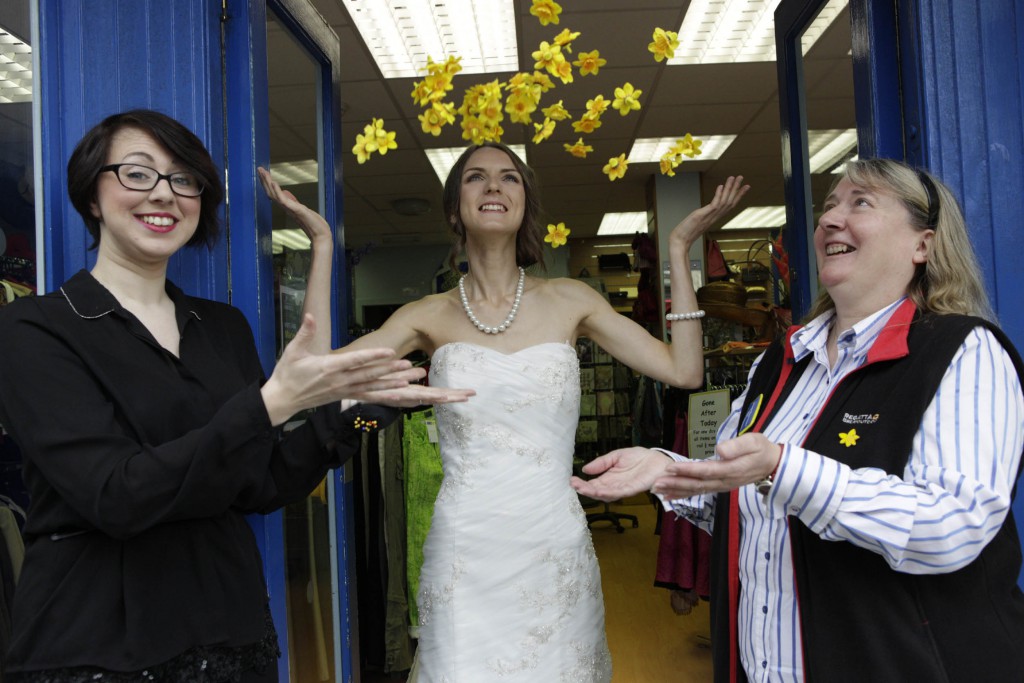 The final bid for the dress will be taken on Saturday 22nd August with the lucky winner being revealed the following Wednesday – exactly one month after the dress was originally donated.

Edinburgh is no stranger to generous charity shop donations.

The Shelter charity shop in Stockbridge boasts top brand names such as Prada, Dior, and Lanvin. Their January sale has customers queueing two hours before the store opens to get their hands on the designer items.