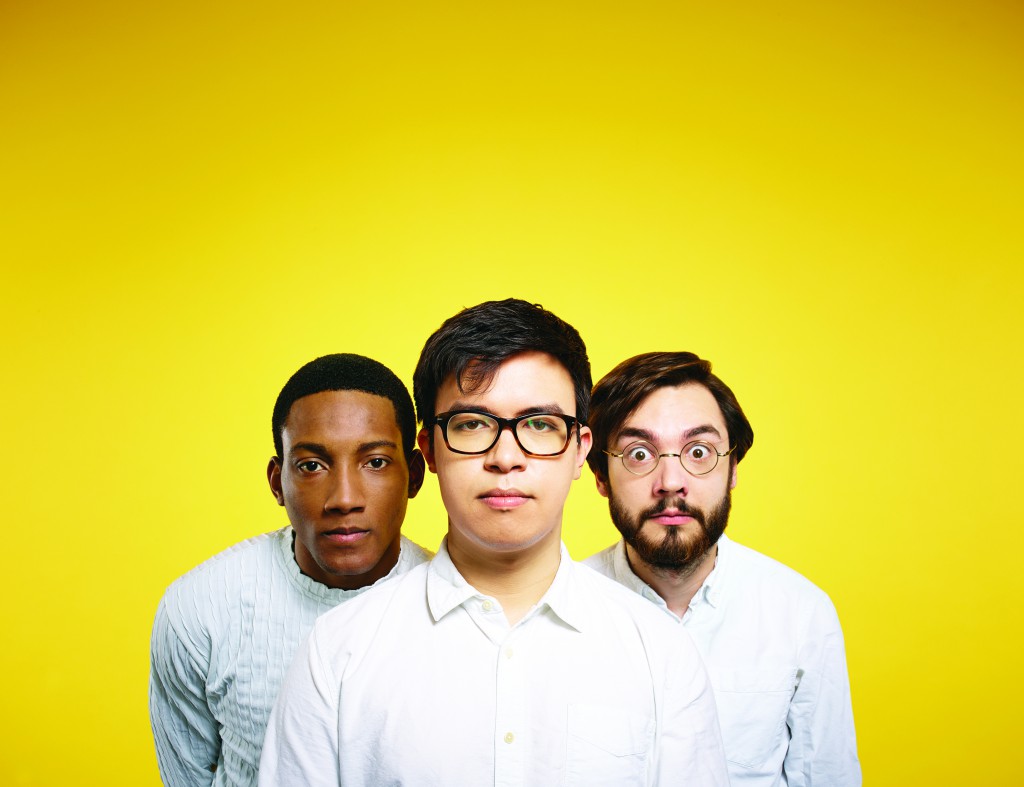 Daphne hit that slot that could be really problematic for first time performers – mid afternoon.

Without a drink in you, and with sunlight peeping in under the door, there’s just something a little bit harder about completely buying into a show. And in a smaller venue with a few empty seats that pressure can be handed back to the performers, making for a jittery experience.

But Daphne get over, around and under the hurdle brilliantly. They address the audience, acknowledge their presence and work with it. Tonally, it’s a perfect fit for the time of day. A rare feat for any show, let alone a first-time group.

It’s a scrappy hour of comedy, not without its downs. Some of the skits feel a bit overlong, and some just don’t quite come off in that way that some sketches just don’t. Some of the more wrought sketches fall flat and were probably best left on the page. But some of the utterly utterly simple, dark and f**king odd ones go down a treat. One featuring Postman Pat comes to mind – see it and find out what I’m talking about.

The point is that even when the sketches don’t land you want to keep trying with them. It’s a likeable show with a likeable set of characters, and it’s easily the most charming thing I’ve seen so far.

For a sketch trio there’s also a lot of variation in the three. They point out immediately that they’re all different races – and they make great hay out of the difference. But the actual variation in their acting styles and strengths comes to the for at every turn and tumble of the show.

It’s a refreshing and engaging approach that makes me want to come back and see what they’re up to next year.