Barley Wine, despite its name, is a style of strong beer dating back to the 18th Century when during the frequent wars with France patriots drank ale rather than wine. The ale could be as strong as wine and was often aged to bring out its full flavour. 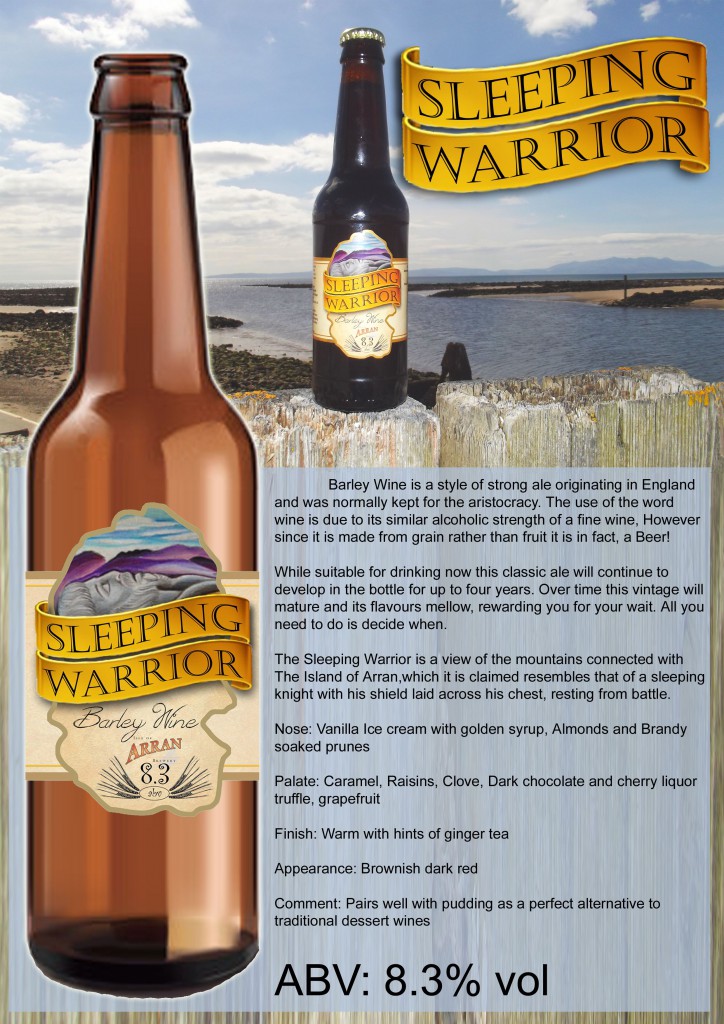 Managing Director of the Arran brewery Gerald Michaluk said “This is quite an achievement for the brewing team and specifically for Jose who designed the beer and brewed the first batch. We have been doing rather well with awards our beers winning at least one award every year, except one, since 2000.

“We have a great brewing team and you can look forward to a range of Gluten Free beers that our taste testers can’t distinguish from our regular brews and a host of new and exiting beers from our new breweries at St Fillans on Loch Earn and Devils Dyke in Cambridgeshire.

Our beers will be exhibited at the US Beer Distributors Conference in Las Vagas next month and we have received our first orders from the United States. These are very busy but exciting times at the Brewery as we move into a major expansion phase of the brewery’s development”.