Mark Burchill has paid the price for a run of just two wins in 10 league games after being sacked as manager of Livingston with the club languishing in the Championship’s relegation play-off spot.

The former Celtic, Dunfermline and Hearts striker’s departure, on ‘gardening leave’ after just a year in charge, caught the Lions squad by surprise and Burchill is expected to say his goodbyes to the players at the club today.

Butchill has steered the Lions to just three wins from 17 league matches this season after they only narrowly avoided relegation to League One last term and they currently sit only four points ahead of bottom side Alloa Athletic. 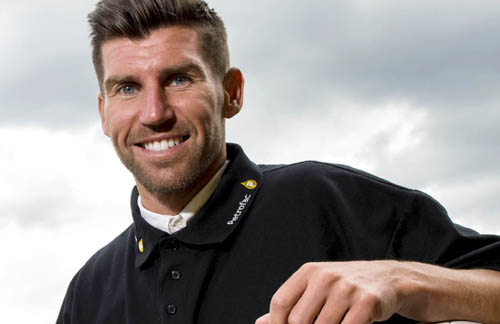 The 35-year-old did guide the West Lothian outfit to success in the Petrofac Training Cup back in April and engineered a last-day escape from the drop after coping with the imposition of a five-point penalty from the SPFL for non-payment of tax.

However, after penning a new contract in close-season, a registration ban hampered Burchill’s attempts to strengthen his squad in the summer and he has been unable to inspire the Almondvale side back to the heights they reached at the back end of last season.

After their 4-0 Challenge Cup triumph over Alloa, Livingston won four and drew one of their remaining six league matches to avoid relegation but have struggled this term and Saturday’s 1-1 draw at home to Dumbarton proved the final straw for the club’s power-brokers.

The ex-Scotland internationalist was initially appointed as number two to Richie Burke in March 2013 and remained as assistant when John McGlynn took over as boss before he assumed control himself in the wake of McGlynn’s departure last December.

Having reached his one-year milestone in the post just last week, Burchill insisted he was ‘delighted’ to be in charge of his hometown team, but bemoaned having been hit with a 40 per cent decrease in his player budget for this season.

Insisting the team had progressed under his leadership, nonetheless, he said: “I’m really enjoying the job and I definitely feel that I can be the long-term man who really takes this club forward.”

However, the club’s board have decided otherwise and placed the ex-Portsmouth marksman on ‘gardening leave’ yesterday.

A statement read: “Livingston Football Club regretfully announce that Mark Burchill has been relieved of his managerial duties with immediate effect and will serve out the remaining period of his contract on gardening leave.

“The club would like to thank Mark for his hard work, contribution and past achievements.

“The club will be making no further comment at this stage.”