Perspective can often be hard to come by in football, when too often the tenet famously expressed by the great Bill Shankly holds sway.

However, as Hibernian prepare for two key matches in a pivotal week that could rescue a campaign in serious danger of unravelling horribly, Alan Stubbs confesses life has taught him there really are much more important things than winning and losing.

Three defeats in consecutive league games have put paid to Hibs’ aspirations of winning the Championship and sparked some introspection that it is hoped will result in a change of fortunes at a crucial juncture.

But rather than flog his players and seek answers to their ‘blip’, Stubbs gave them two days off and used wisely the lay-of he was also granted. 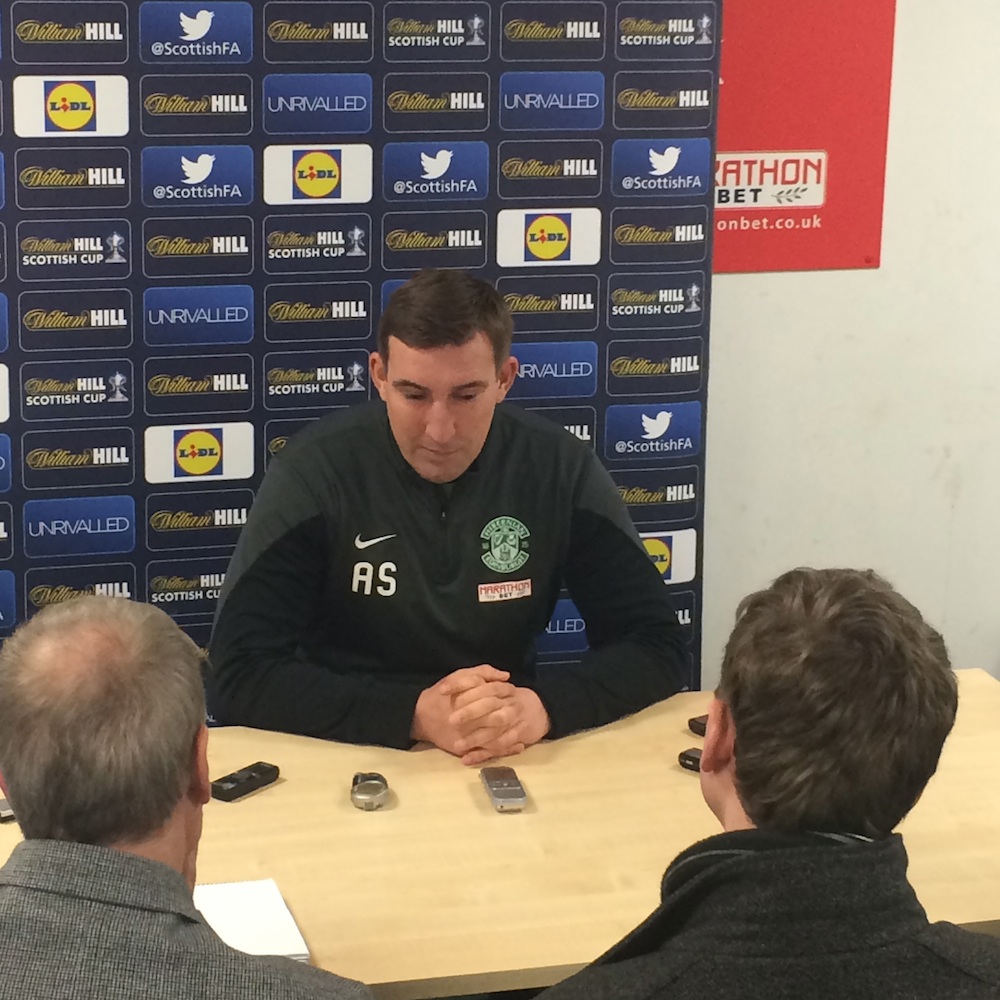 He freely admits that, as a player, football too often took precedence. His two brushes with testicular cancer during his spell with Celtic have, however, helped him to put the beautiful game into context, a lesson that has come to the fore following the on-field setbacks his side have suffered in unexpected defeats to Morton, Dumbarton and Queen of the South.

“I’ve had a couple of days away from it all and I’m raring to go again,” he said. “I needed it. I just completely chilled, tried not to look at football. I went for a game of golf, went for dinner with the family, who I haven’t seen for weeks, went for lunch with my daughter because she couldn’t make the dinner – I’ve just done things like that.

“Whenever I have the opportunity, I do these things because, believe it or not, football is not the life and soul to me. It’s a big part of my life, but it’s not my life and it never will be. I passionately love football but it’s not 100 per cent my life.

“When I was a player, that wasn’t the case – because I was stupid.

“But now, with what’s happened to me in my life, it’s not the be all and end all. I love it but it’ll never be football first and family second with me. And that mindset helps me.

“Sometimes you lose track of the most important values you have, which is why it’s been good for me the last couple of days. We’re all human, we need that release sometimes because it’s a job that’s full on.”

Stubbs has also looked away from football for answers to his side’s recent slump. Discussions with a close friend, who he describes as a ‘very wealthy businessman’, have helped him assess three shock losses that have left his team 14 points adrift of Rangers at the summit of the Championship and at risk of finishing third behind Falkirk.

However, he is adamant now is not the time for anything radical, knowing that two more cup victories over Premiership opposition, the standard of which they have already defeated on four occasions this season, would provide the perfect solution.

“For all that’s happened in the last week, we’ve still potentially got a really exciting season.”