Dunfermline managing director Ross McArthur insists the Pars are also hoping to toast off the field success after revealing they could break even for the financial year.

Manager Allan Johnston stuck to his side of the bargain by delivering the League One title at the weekend and McArthur admits the club’s balance sheet makes for good reading despite having to spend three years in the third tier.

It was a different story a year ago when the Pars posted a £330,000 loss in a season that coincided with the team finishing seventh. 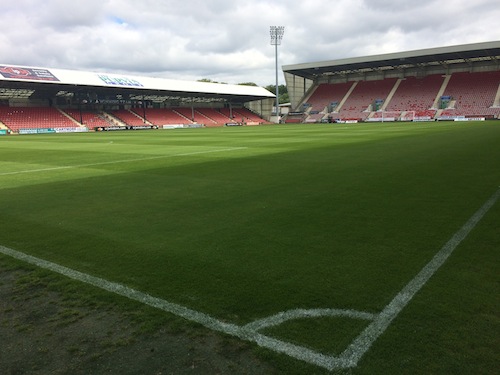 In a candid statement released by the board last April, the club admitted it faced annual stadium and administration costs totalling £370,000, but McArthur admits they have managed to get on top of their finances this time.

He said: “It’s the end of May before our financial year ends so there’s a fair bit to go there but it may well be that we’re getting very close to breaking even in this division, which is very difficult to do.

“There are not many provincial teams that would spend three years in this division and be able to do that but that’s all credit to everyone in the town, from sponsors and supporters rallying round to help the club.

“Supporters have got right behind us and that’s off the back of our worst season in 30-odd years.

“That comes straight into the club’s cash flow and attendances have been fantastic because of the style of football.

“If we had struggled this season then we wouldn’t have got as many people through the door.

“It would have been difficult to maintain full-time football. It’s not just that, it’s an Under-20s squad and commitment to the academy.

“We’re running an infrastructure of a full-time set-up and we have a Premiership stadium – that doesn’t come cheap.”