JAMES Keatings watched on as Hamilton Accies scored 10 in search of promotion – and is hopeful Hibs can now hit the goal trail as they seek to beat Falkirk to second in the Championship.

Keatings failed to get off the substitute’s bench two years ago but had the perfect view of one of Scottish football’s most remarkable score-lines as Accies blitzed Morton in a 10-2 victory.

Despite managing the eight-goal turn around they desperately wanted, the New Douglas Park outfit were pipped to the First Division title after Dundee hung on for a final-day 2-1 win over Dumbarton. 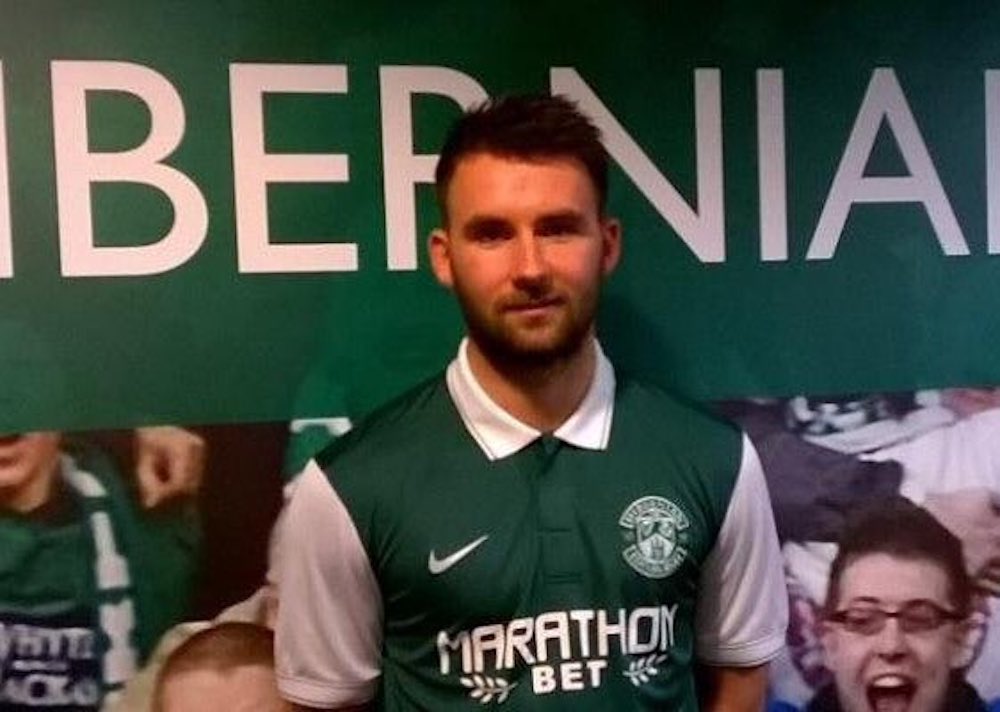 Hibs host Queen of the South on Sunday level on points with Falkirk, who are ironically at home to Morton, but the Bairns enjoy a goal difference of three better than their rivals.

However, the Easter Road men proved they have the bit between their teeth in Tuesday’s 4-0 success against Dumbarton and Keatings, who netted a hat-trick against the Sons, knows everything is possible in their final-day drama.

He said: “It’s in Falkirk’s hands, obviously, but we closed the gap on the goal difference a bit on Tuesday night so we’ll go again and hopefully get more goals and see what happens.

“Anything can happen going into the end of the season. We know we’re playing for something. We want second spot and it’s up to us to try and grab as many goals as we can.

“We’ll have a game-plan and try and stick to it and see what happens.

“If we score early like we did on Tuesday then word will get through to them. Fans will be sitting with radios listening to both games.

“When I was at Hamilton we got told before the game we needed eight goals and needed Dundee to draw.

“It was a bit of a freak, finishing 10-2. It was wave after wave of attack after half-time and I believed we could do it.

“I had a funny feeling before the game and it was weird to see a game like that.

“We stood on the pitch at full-time and Dundee still had two minutes to play and one of our coaches told us the Dundee keeper made a great save at the end.

“We went into the play-offs after that but we still got promotion.”

That promotion was secured courtesy of a penalty-kicks victory over Hibs in the play-offs, consigning his current club to life in the second-tier.

Keatings did not enjoy the fruits of that Hamilton success, as he then signed for Hearts and helped them to last season’s Championship title.

Having then been allowed to leave Tynecastle, and having subsequently joined Hibs, the 24-year-old admits it would be an incredible feat to secure a hat-trick of promotions in consecutive campaigns.

He added: “The last two years have been amazing for me winning promotion.

“You want to play in successful teams and I joined Hibs with the aim of a third promotion. It would be amazing.

“This Hibs side is as good as the ones I won promotion with.

“Hamilton – who did it the hard way – and Hearts showed character and it’s up to us this season to show that same character. “