A JEERING mob of men encourage two young women to fight in a shocking video to emerge online.

The women – thought to be in their late teens – bite, pull hair, punch, kick and smack heads off the ground as the crowd bays for more.

The minute-long-clip begins with a blonde girl initiating the fight by lunging at a brunette on a cycle path, believed to be in Paisley, Renfrewshire. 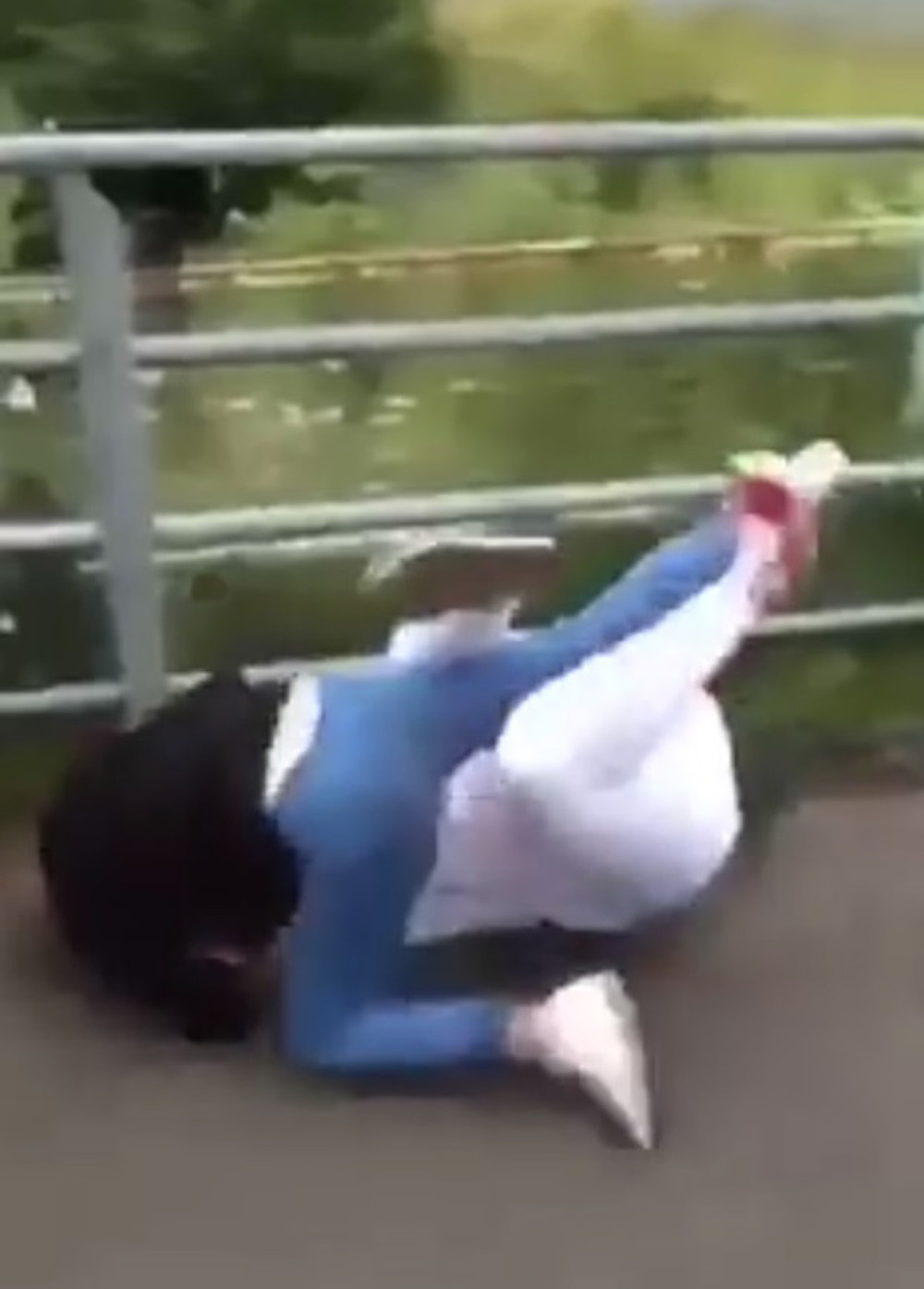 The pair then grab onto each others’ hair before the blonde is lifted from her feet and swung onto the concrete ground beneath.

Frantic punches are then thrown at each other as they clutch onto each other on the ground – with the brunette only stopping to pull up her trousers.

The blonde then takes this opportunity to overpower her and straddle her neck while twisting her assailants hair around her fist and viciously striking her across the face. 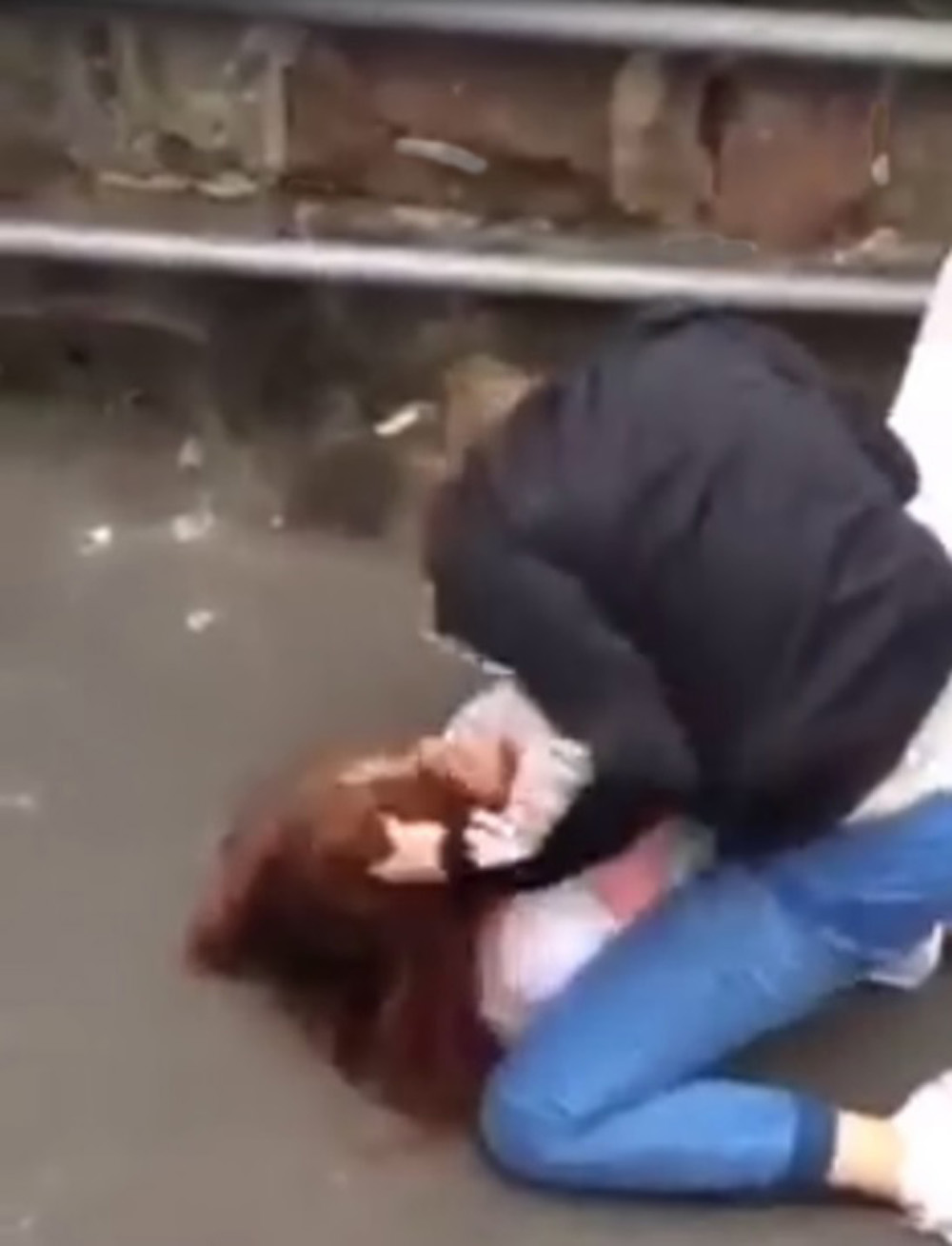 The brunette fights back by getting her hands on her opponent’s long hair before shoving her fist in her mouth.

As the fight starts to calm down, both girls refuse to let go of each others.

It’s only when the blonde fighter smashes the other woman’s head against the concrete ground that onlookers step in to stop the fight. 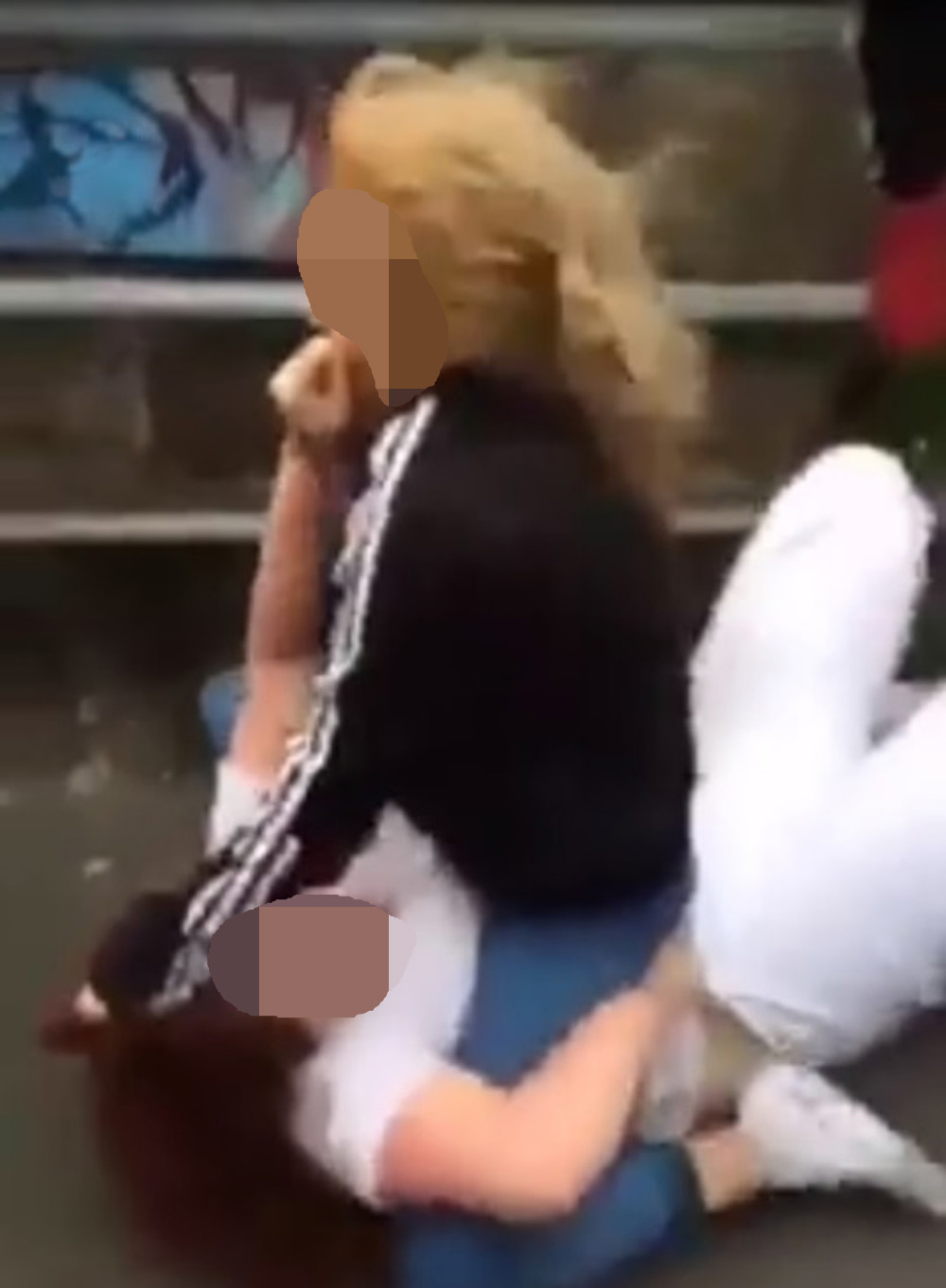 The blonde girl then stands up showing her dishevelled hair before her brunette gets up and walks away from the crowd.

During the shocking battle, dozens of young teenagers can be heard erupting and cheering the fight on as if they were watching a boxing match.

A couple of boys wearing Adidas tracksuits are spotted sitting nonchalantly on a railing directly behind the girls during the entire fight.

It is though the battle broke out after one of the women made disparaging comments about the other’s parenting skills.

The video was uploaded onto social media on Tuesday evening and has since been viewed 237,000 times.

Hundreds of shocked viewers took to the post to share their disgust that no onlookers stepped in to split up the fight.

Stacy Mcwilliams wrote: “This is absolutely vile and for people actually videoing this is sick as f****. Clearly you can see if that lassie’s trousers never fell down it would have been a different story.

“No mother should act this way. Aye fair enough we can all get into fights but to be out getting mad with it on the cycle track, attacking wee lassies is an actual embarrassment.”

Jimmy Cox said: “The wee wannabe gangsters encouraging them instead of stopping need a boot up the a. F****** shell suit wearing wee f******.”

And Natalie Murray wrote: “Total vile anyone could record this. Wouldn’t have been that if the lassie didn’t get back up. Make me sick the world we live in. Report these scumbags.”

A spokesman for Police Scotland said: “We are not aware of this footage but if anyone would like to make a complaint they should contact police on 101.”