Commonwealth super lightweight champion Josh Taylor has Las Vegas in his sights after admitting that he will not be making a quick-fire return to the ring in London this month.

The Edinburgh boxer is hoping to be included on the undercard of stablemate Carl Frampton’s defence of the WBA featherweight title against Leo Santa Cruz at the MGM Grand on January 28.

After collecting his first professional belt with a fifth round stoppage of Dave Ryan at Meadowbank last month, Taylor admitted he hoped to be included on the bill for George Groves’ fight against Eduard Gutknecht at the Wembley Arena on November 18. 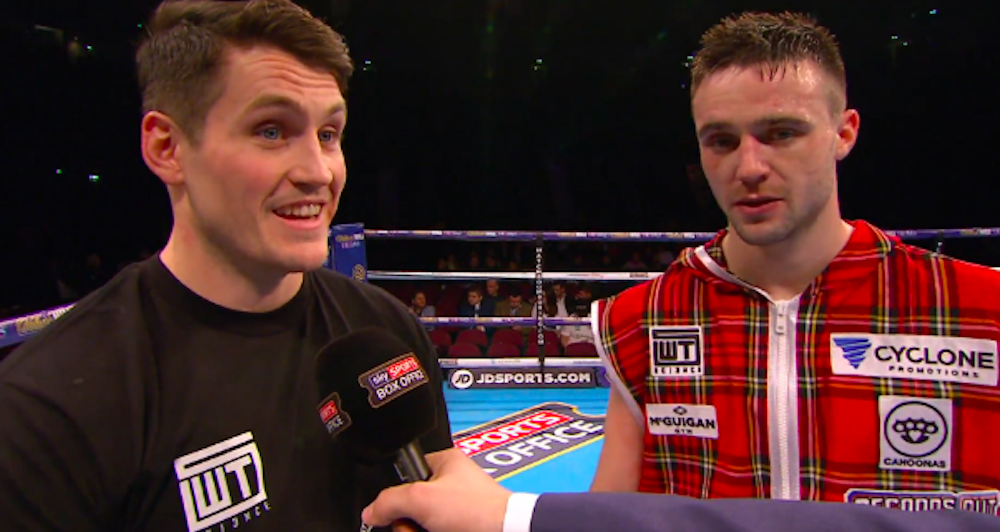 That will now not happen but the 25-year-old is still keen to be busy before and after the turn of the year, with a bout at the boxing Mecca in Las Vegas a target.

Taylor said: “I don’t think being on the undercard with George Grove is going to happen. George and Conrad Cummings (both stablemates) are fighting that night.

“Conrad is fighting for an IBF Inter-Continental belt so I think Shane (McGuigan) is going to be concentrating on those two.

“I would have been ready to go if they wanted me to fight but I also hurt my hand a little bit in the fight as well so I’ve needed two weeks off to let the hand heal.

“It is starting to get better now so I don’t think I’m going to get on that undercard but hopefully I can get on before Christmas then hopefully I’ll get on the Frampton undercard in Vegas as well.

“I’m not too sure yet but hopefully that can be sorted, that would be amazing.

“It would be brilliant, fighting in Vegas at the MGM Grand, that’s what every fighter dreams of.”