Celtic manager Brendan Rodgers admits his team are working towards achieving seven targets that they set themselves at the start of the season.

After securing a place in the money-spinning group stages of the Champions League and lifting the Befred Cup last month, former Liverpool boss Rodgers insists there are now only five to be ticked off the list.

Winning both the Premiership and Scottish Cup will be among the other goals and Rodgers has praised his players for the way they have responded to him taking over the reins from Ronny Deila during the summer. 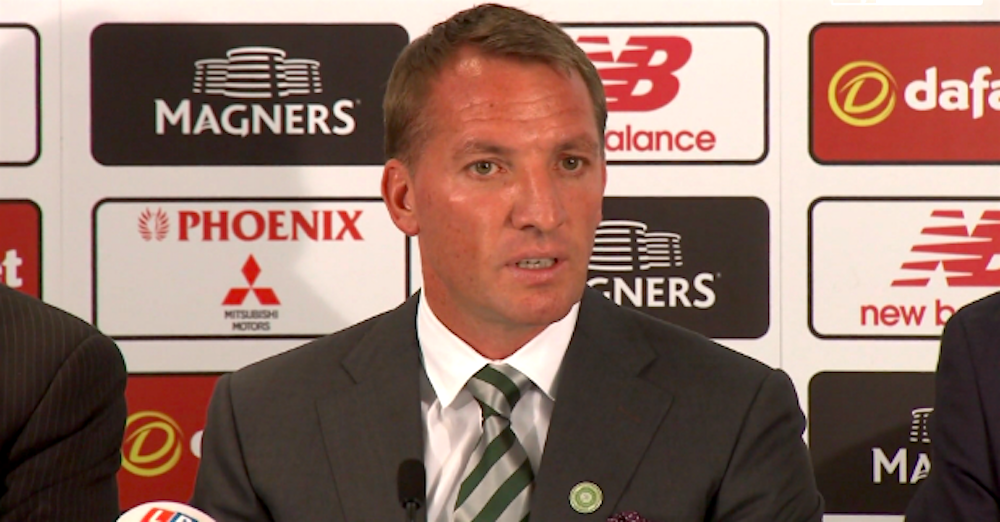 Following Friday’s 4-1 victory at Partick Thistle, the Hoops remain unbeaten in the league and are eight points clear of second place Rangers with three games in hand.

“From the outset, from day one when we went away for pre-season, the players, the staff – we all came together and came up with seven goals in terms of what we wanted to achieve.

“Two of them we’ve achieved and there are five more to go.

“The mentality in the team is very strong, the fitness that we’ve built up mentally over the course of the season is helping the players.

“And then it’s clear I can see the development in that relationship between the training and the games, and how I can see they’re taking on board the concepts of our build up play and consolidating the game.

“The team is maturing a lot and they’re very composed and calm under pressure, and that’s a real good sign so early in our relationship working together.”

The Hoops failed to qualify for the Champions League group stages under Norwegian Deila’s two years in charge but Rodgers insists he is constantly demanding more from his squad.

Speaking to the BBC, he added: “We’ve come in, brought in a way of working. Ronny here did a great job when he came to Celtic for a couple of seasons.

“But I’ve come in, I’m a different coach. I have a different way of working, different training and there is a big demand and a big intensity on a daily basis.

“They’ve coped with that and have grown with that every single day. In order to do that, you have to be prepared to change a little. If you can, it will change a lot in your game and I can see those changes in how they are developing all the time.”

Midfielder Scott Allan has suffered another set-back in his bid to make an impact on loan at Rotherham after returning to Celtic for treatment on a knee injury.

The 25-year-old has been receiving medical care from his parent club after being hampered by fluid around the joint.

But the Millers hope that the playmaker will be available for selection in the coming weeks.

Allan has only made a total of nine appearances for the Championship basement side after being dropped from the first team in September when then manager Allan Stubbs, who enjoyed a successful working relationship with the midfielder at Hibs, criticised his attitude.

Stubbs said: “The one thing I expect is 100 per cent commitment. I want to see that players care.”

Stubbs was sacked a month later and a two minute cameo appearance in the October 15 defeat to Norwich City is the only competitive football Allan has played since being axed from the side.

The managerial turmoil at the New York stadium has done little to help Allan, with caretaker manager Paul Warne in charge following Stubbs’ successor Kenny Jackett’s decision to resign after only 39 days at the helm.