EMBATTLED Alex Neil has been given a vote of confidence by Norwich City chief executive Jez Moxey as the Canaries’ promotion push continues to stutter.

A dismal run of form has seen the Carrow Road club succumb to eight defeats in their last 10 outings and they currently occupy 12th place in the Championship.

A poll of more than 6000 supporters in the local press in East Anglia called on Neil to quit following their miserable 3-1 defeat against Reading on Monday night, however the Scotsman has previously insisted he will not walk away. 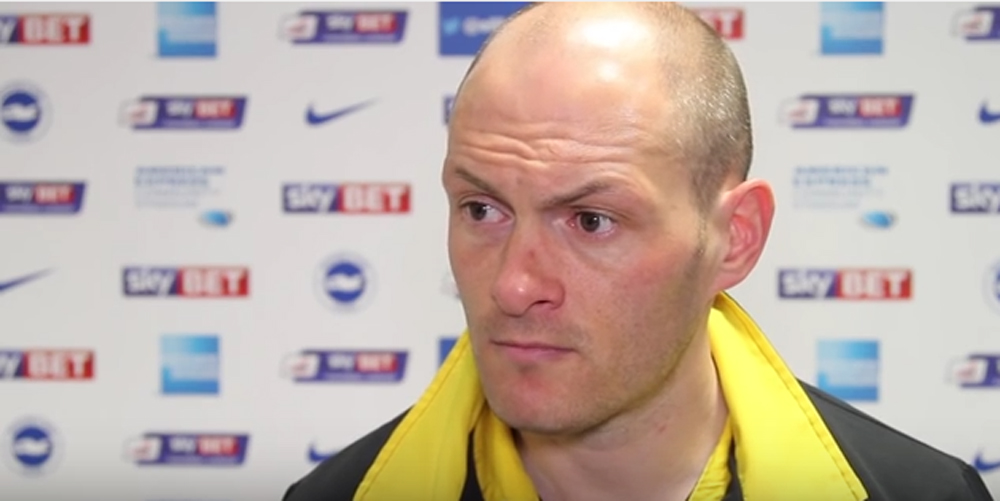 And Moxey remains adamant Neil is the right man to guide the club back to the Premier League at the first time of asking.

“I won’t answer hypothetical questions or get drawn into timetables. Alex Neil knows, we know, the fans know results have to improve,” Moxey told Norwich TV. “But we are also saying we need to give Alex time and we are behind him.

“We are in this together. We win and lose together and we hope that he will be able to turn this thing around.

“Whilst we are prepared to take whatever action is necessary to improve results, we don’t believe in just following the norm in football and replacing our manager to solve an immediate problem. We think it is much more complex than that and the manager needs some time to get it right.

“I have spent a lot of time with Alex and I have seen many of his qualities. He led this club to promotion before and we believe he can do it again.”

Moxey, however, has made it clear that results must turn around “quickly” otherwise the former Hamilton boss’ position could become precarious – acknowledging that some fans are calling for Neil’s head.

Norwich face Brentford on Hogmanay, desperately seeking to close the seven-point gap that has widened between themselves and Sheffield Wednesday in the final playoff position.

“The board acknowledges the results are not good enough,” he continued. “We must do better and quickly and hopefully starting with three points away to Brentford. This is a results-orientated business. Everyone knows that.

“We have to start winning games and quickly. We are acutely aware of the fans’ opinion. The board constantly listens to the fans, whether it is by social media, letters coming to us, phone calls, meeting supporters.