A PETROL station near Glasgow has become a social media sensation amongst Scots after dedicating half of the space in its drink fridges to Irn-Bru.

The SPAR at Lomondgate Services, near Dumbarton has three fridges full of soft drinks, but one and a half of those are filled solely with the famous Scottish beverage. 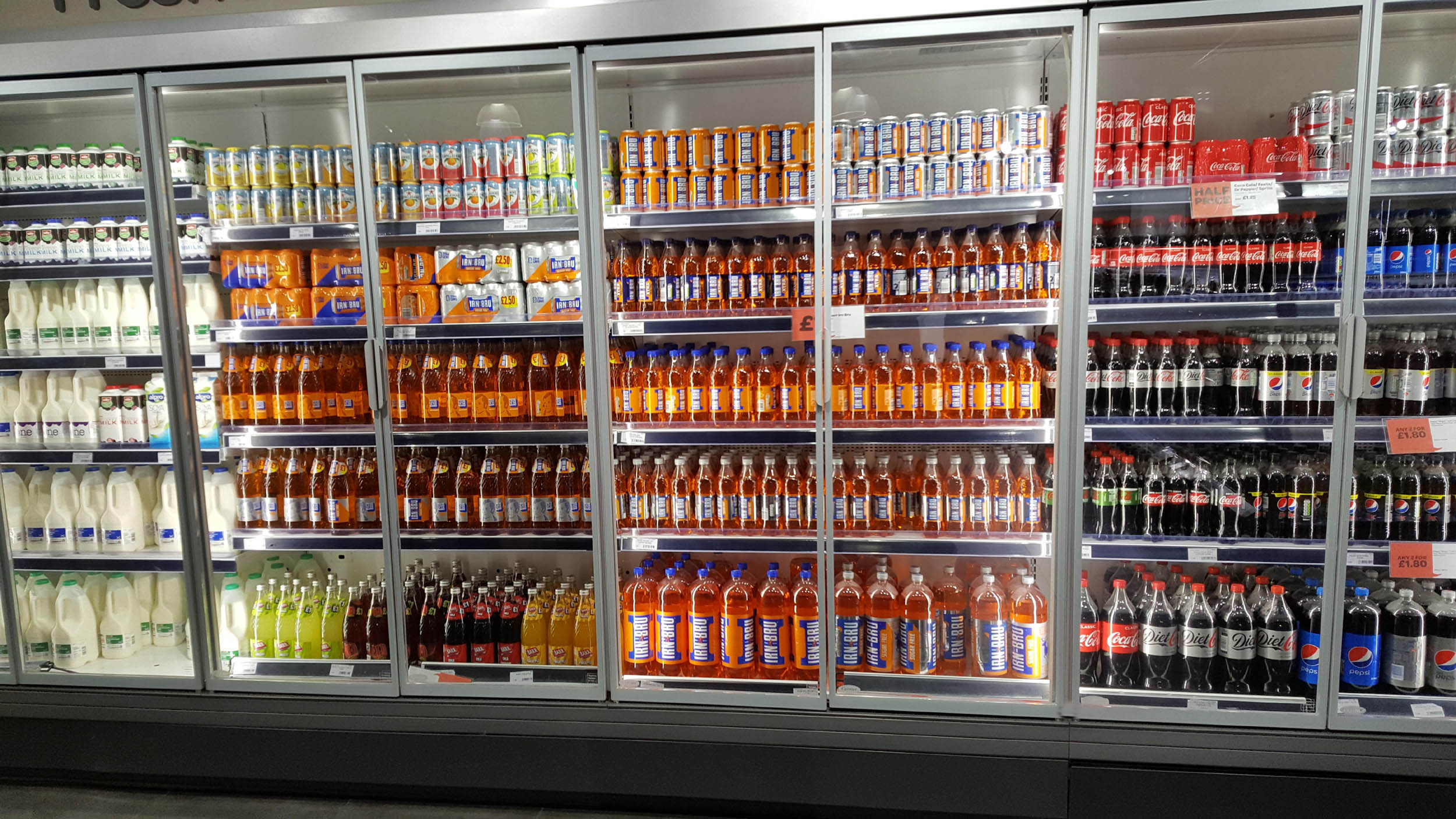 The SPAR is located on the A82 road, which runs from Glasgow to the Scottish Highlands.

The road is often used by tourists to access some of the most famous Scottish landmarks, including Loch Lomond, Rannoch Moor, Glen Coe, Ben Nevis, the Commando Memorial, Loch Ness and Urquhart Castle.

Going in the opposite direction the road passes straight into the city centre of Glasgow, home of Scotland’s famous Irn-Bru carnival.

The image was posted on Reddit yesterday (Wed) with the tongue-in-cheek caption: “Stopped at a petrol station on my way out to Balloch. They were almost out of Irn-Bru!”

Scots social media users were delighted with the image.

One user wrote: “I wish I had a treasure trove of glass bottles like those jammy c****.”

Another keen Irn-Bru drinker said: “Is this the Esso at the Lomondgate roundabout in Dumbarton? I knew it straight away, it’s always the same.”

One joked: “Well, you could have stopped in an Irn-Bru station and found they were almost out of petrol. God knows what a bit of Irn-Bru would have done to your car. It’d either kill it, or you wouldn’t need a fill-up for months.”

Another quipped: “Some of those are stacked less than two deep! Are they actually trying to start a panic?”