JUDY Murray’s 1930s baronial style mansion is up for sale for £825,000, just four years after she purchased it.

Khyber House, in Bridge of Allan, Stirlingshire, is just three miles from where sons Sir Andy and Jamie grew up, in Dunblane, and was bought by Murray in 2012.

But she says despite falling in love with the property, she wants to downsize to somewhere more manageable.

After purchasing the property, Murray set about transforming the then overgrown grounds, and refurbishing the interior. 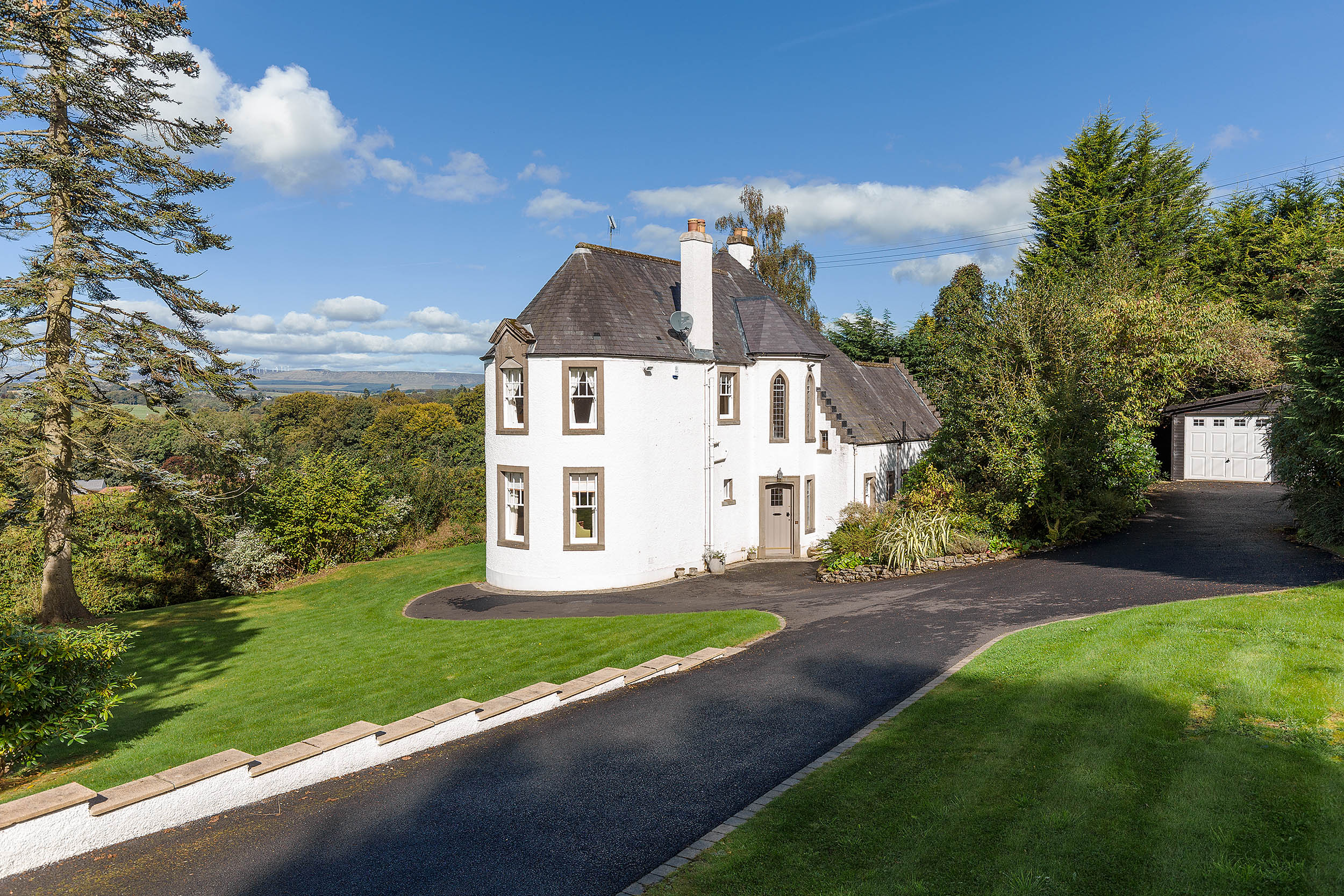 Now, overlooking the Bridge of Allan, the four bedroom property boasts a gym on the second floor, a half acre garden with pristine lawns, a study, a dining room, a drawing room and a utility room.

In April 2016, she won planning permission to get rid of a leaking turretted tower feature despite neighbours saying it would bring down the character of the upmarket area.

Speaking about her decision to sell, Murray said: “I have quite a hectic lifestyle so [when I bought it] I was looking for somewhere peaceful. It looks like a little white castle. It is so different.

“Because I work away a lot, I love when I can come home and everything is calm.

“I will miss the peace but I would hope to buy somewhere quiet. I am not sure at this stage just quite what I am going to do. I travel a lot and my kids are both based down south so I spend quite a bit of time in London.

“I cannot envisage myself ever living outside of Scotland but my work takes me down south a lot nowadays.”

The living room of the property has french doors leading out to a decked area, whilst the drive has been newly tarmacked. 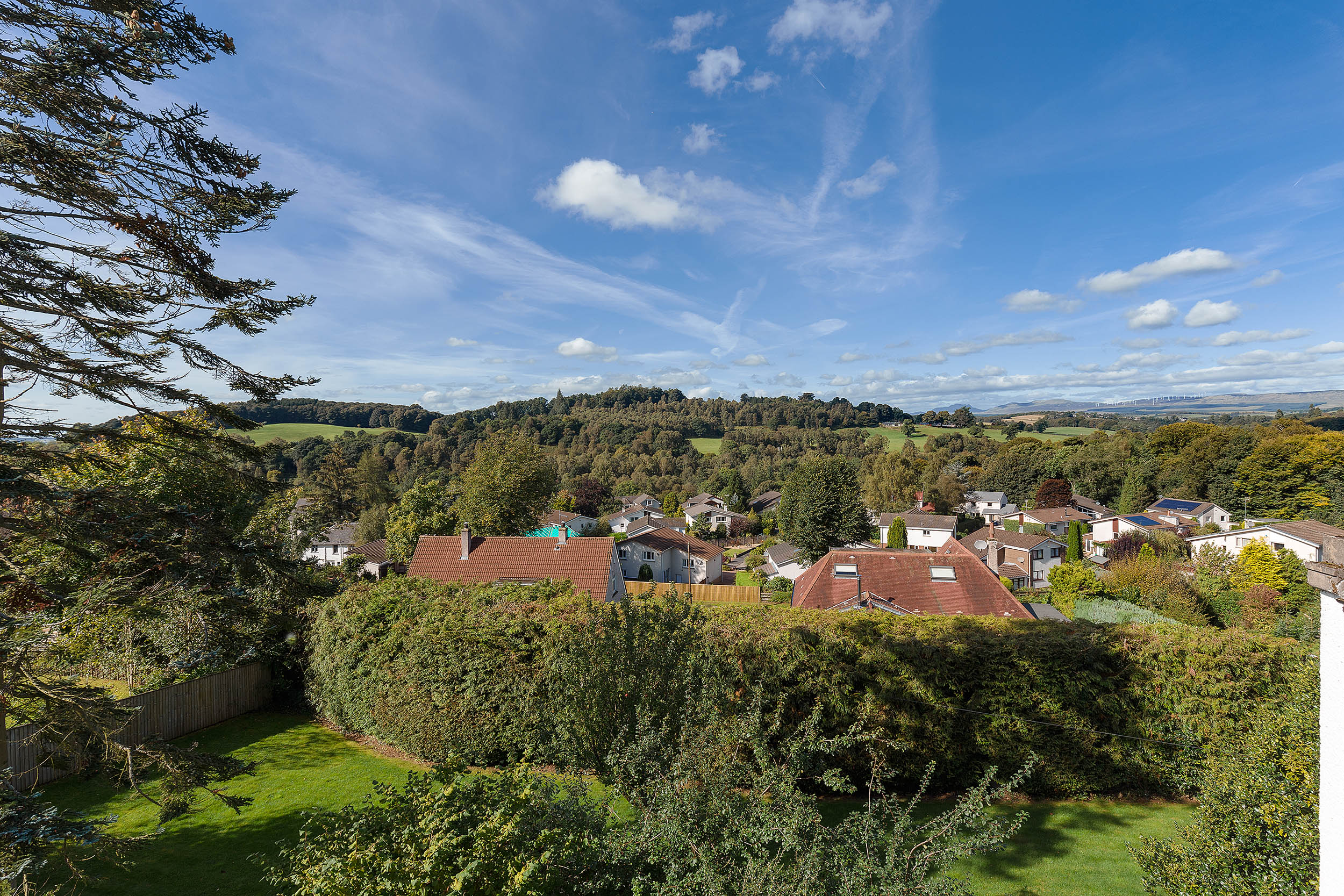 Murray’s battle to replace the the mansion turret’s leaky roof was won in April 2016, despite objections.

In a written decision, Stirling Council said: “Khyber House was built in 1930 and is therefore relatively modern and is neither of the Arts and Crafts nor the Scottish Baronial period. The house is not listed.

“The proposed new roof is designed to shed water not gather it. The tower feature on the house is being improved to make it fit for purpose.” 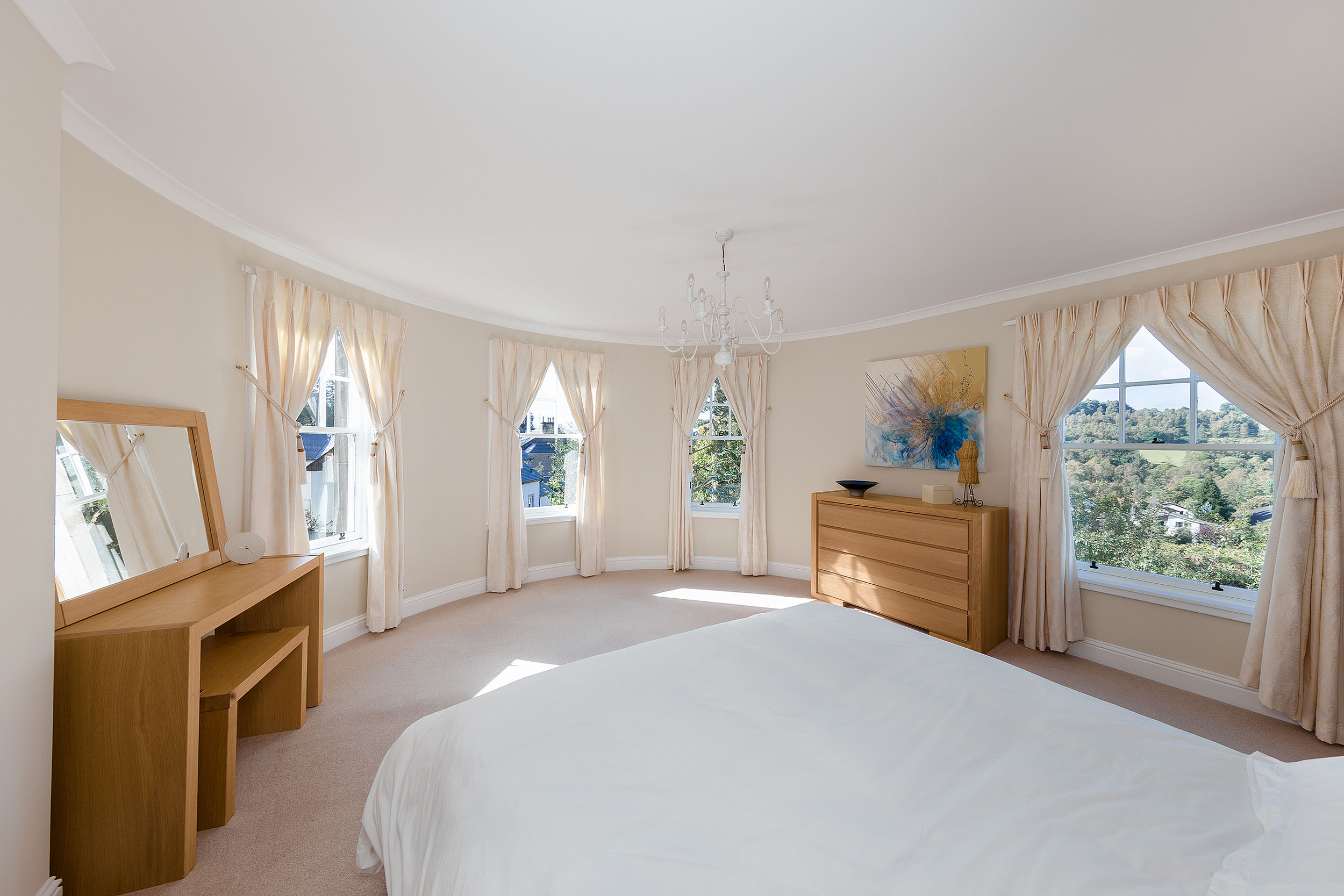 Neighbour Val Petit had objected, saying: “The tower adds considerably to the rather quirky character of the building, and to the area.

“To replace it with a pitched roof would be a shame. If there is a problem with leakage from a flat-roofed tower, I feel sure that the expertise of an architectural conservation company specialising in restoration projects would be able to advise on the best course of action.”

Fellow neighbour Inga Bullen said: “I have concerns about the plans to alter this distinctive house. The tower feature is the dominant feature of the house and changing this will lessen the distinctive style of the house.”