ALEX Tziolis has revealed how the Hearts fans instantly made him aware of the importance of a win over Hibs.

And the Greece internationalist has admitted the Gorgie men can contemplate ‘no other result’ than a victory in Wednesday’s Edinburgh derby rematch.

The 32-year-old will not be fazed by a trip to Easter Road, having played in World Cups, Euros, European football, Serie A, the Bundesliga and the Greek Super League during a glittering career. 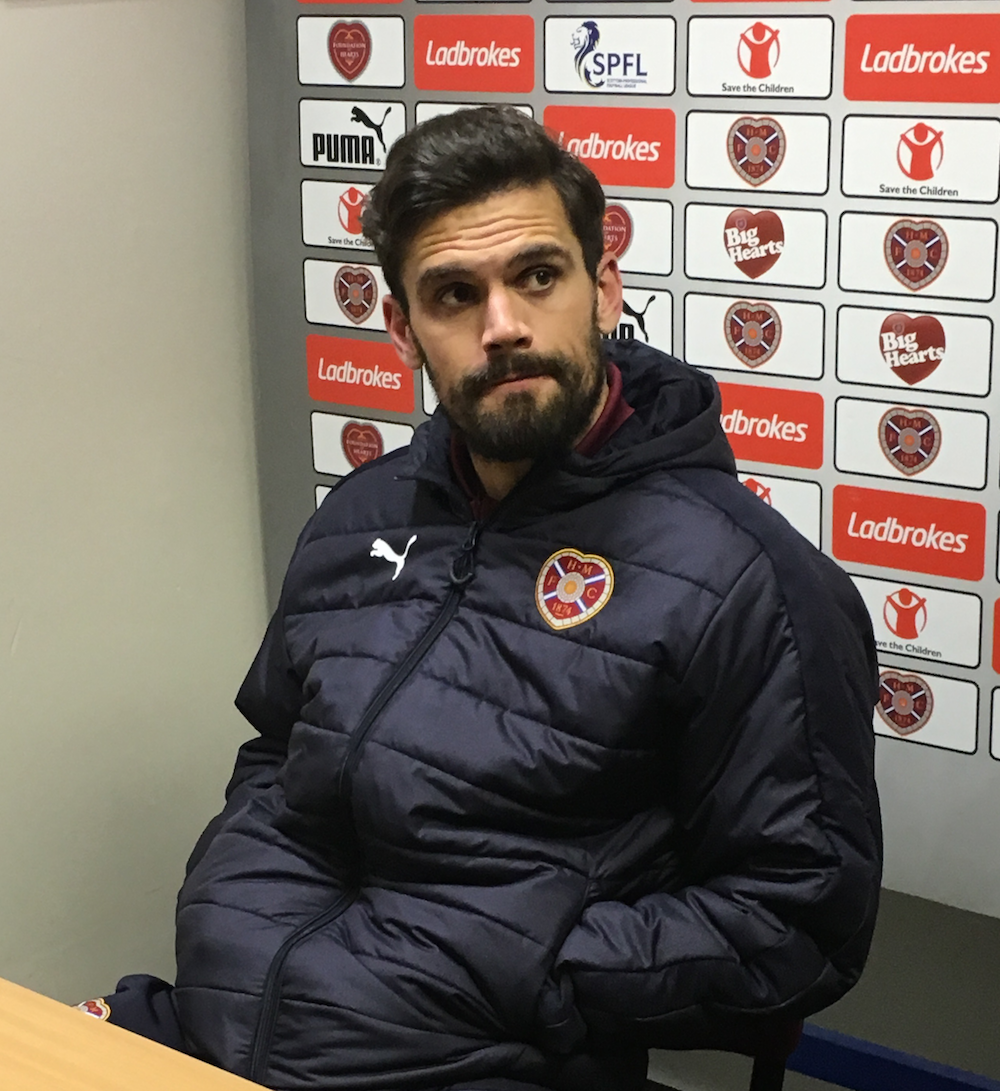 And, despite Saturday’s disappointing 1-1 draw with Premiership basement boys Inverness Caley Thistle, he is adamant the rest of Ian Cathro’s side will also be ready for the Scottish Cup replay because they know just what is at stake.

He said: “Everybody is disappointed with Saturday’s result. It’s a result that nobody wanted.

“It was a good performance, but not our best and it shows that you have to be 100 per cent concentrated in every game.

“We have to live with this and continue.

“Wednesday night is an important game. We have to recover. Football continues and we have to think about the next game.

“The derby will be a difficult game again but we have to go there to win. For us there is no other result.

“I hope on Wednesday everything will be okay and we get through.”

Able to name Panathinaikos, Werder Bremen, Siena, Monaco and PAOK amongst his former clubs, Tziolis would not have needed a lesson in rivalry.

But the 62-times capped international has revealed he got one anyway after joining Hearts last month on a deal until the end of the season.

He explained: “I understood the rivalry from the first day I came here. Before the first game, everybody was speaking about this game.

“I hope on Wednesday we give our fans happiness.

“What did the fans say to me? That it is the most important game of the year.

“I understand how important the game is. It’s like derbies everywhere, the fans think only about this game. It is the game of the year.

“When you win, you are really happy. When you lose? I don’t want to think about this.”