Hearts midfielder Arnaud Djoum insists he is convinced that the disgruntled fans are in for a good time under Ian Cathro if they help drag the team out of their current rut.

The pressure on rookie boss Cathro has intensified after the Gorgie outfit fell to a third straight loss at home to Ross County on Wednesday evening in a game that saw the hosts booed off at full-time.

Hearts are without a victory in six matches in all competition, a barren run that includes the pitiful Scottish Cup defeat to city rivals Hibs, and that has led to the club’s supporters doubting whether the 30-year-old is up to the job. 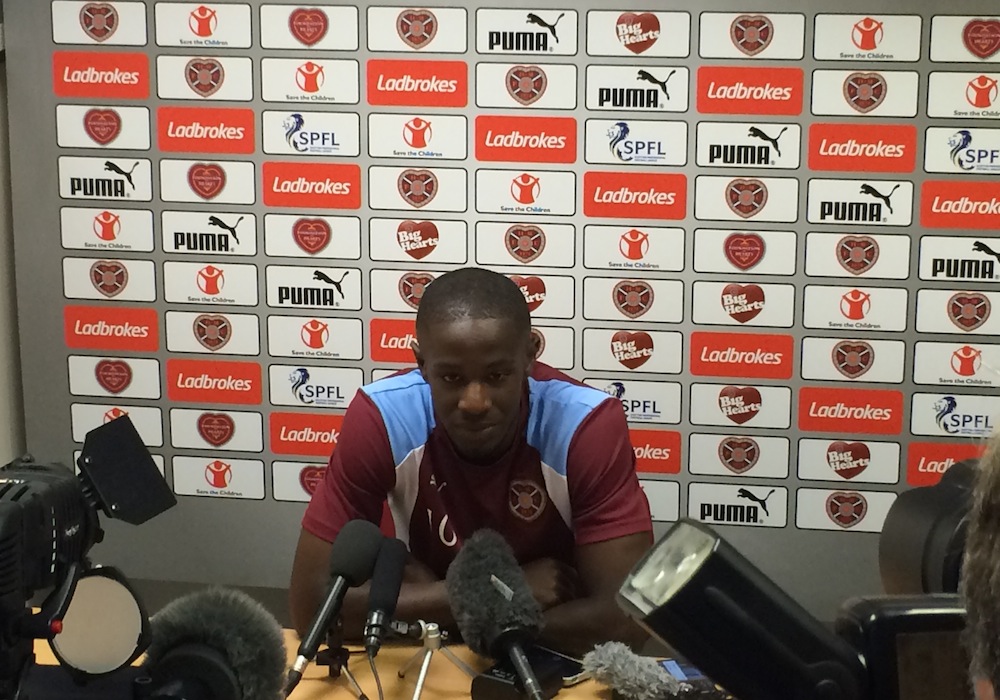 Some home fans dished out stick to Cathro during the game but Africa Cup of Nations winner Djoum insists the players desperately need the fans’ support.

“The fans’ reaction is normal and I understand their feelings. They are great fans and since I have been here they have always been great.

“They are some of the best fans I have ever had but I know there is a frustration because the results are not coming.

“I know it is not so easy. In football, it is up and down but the supporters want you to win games, especially at home, and we just have to stick together and we will be fine.”

Hearts are back in action next weekend at home to Hamilton and playmaker Djoum is adamant that former Newcastle and Valencia number two Cathro can turn things around.

He added: “For me, I am with the manager because the way he speaks about football is good and he wants everybody to enjoy football.

“The gaffer showed the way we play is very good and I like the way he wants us to play so we just have to continue to work hard in training and get better and score more goals.

“He knows football really well. He knows what he is doing and he is a really smart guy.

“It is small details that we focus on so I can say to the fans that he knows what he is doing with us.

“But when the results get better than I think the fans will enjoy it, they just need to be a little bit patient.

“Teams like Rangers and Celtic play good football and they win games so it is not only about being physical.

“The coach wants to play this way and at the start of the season, some people said that we were too physical but now we are not physical enough.

“The fans don’t have so much patience but this is football. Things will get better.”

Djoum, who has become an integral part of the Hearts side since joining September 2015, said in a recent interview in his homeland that he planned to make the move to England this summer.

But the 27-year-old, whose current deal runs until 2019, insists that will not stop him giving everything for Hearts while he is still at Tynecastle.

He added: “For now I only think about here. It feels good here and Hearts have given me everything and my life has changed since I have been here.

“They have been very good for me and I am happy to be here. What happens in the summer, I don’t know but this is football and anything can happen. I am happy here.”