“F****** teach your own kids.” Teacher faces being struck off over controversial art degree video

A PRIMARY school teacher is out of work and could be struck off after offending parents and pupils with a video he made for his painting degree.

Mr Eaton was studying for an honours degree in painting with the Barnsley-based Open College of Arts (OCA) while teaching at several primaries in the Inverness area. 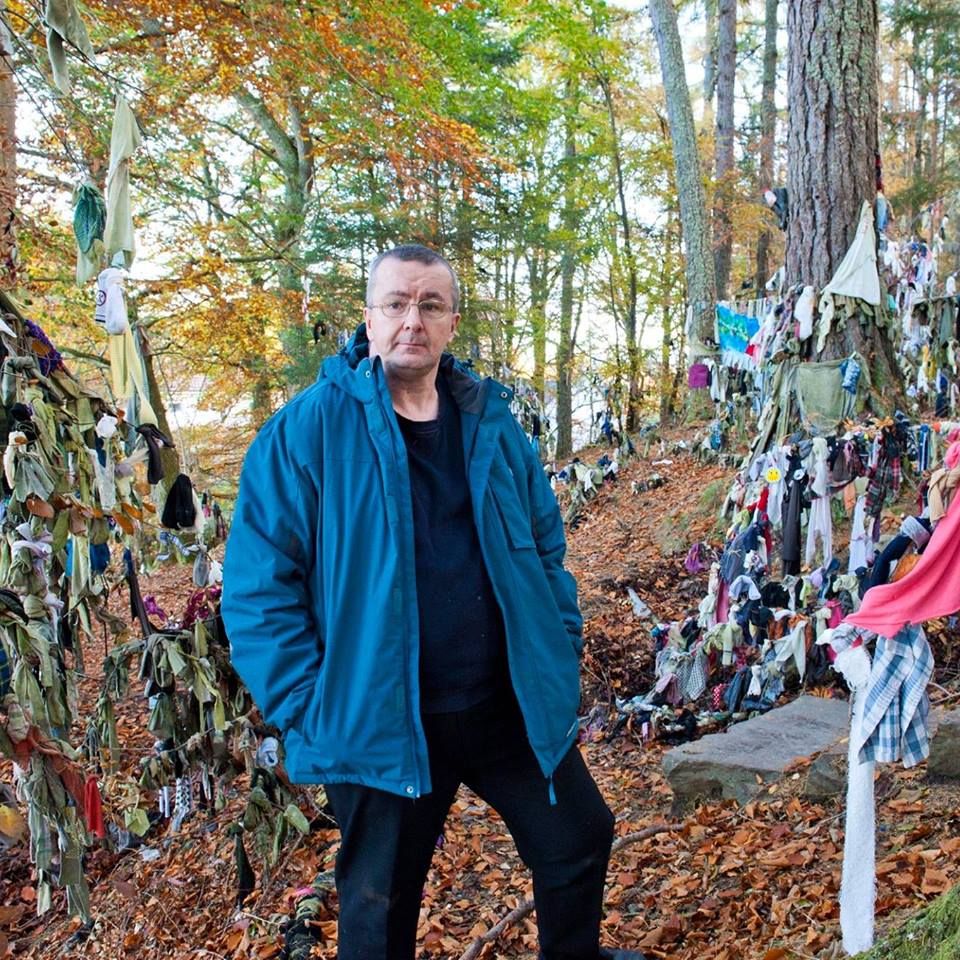 As part of degree he made a video in 2015 showcasing his artwork under the controversial project titled “Treasures of Insomnia”.

As a result, Mr Eaton, 52, is due to appear before a disciplinary hearing of the General Teaching Council for Scotland (GTCS) next week.

Other images allegedly included a sketch of a someone holding a gun to another character’s head with the words “Cartoon kills off parents stupidity. F****** teach your own kids.”

Yet another painting in the now-deleted video is said to have shown a person flying over a group of stick figures was created titled “Flying and p****** on children”.

Mr Eaton had been juggling the open learning course with his role as a Science, Technology, Music and Art teacher – travelling to around eight primary schools per week in Inverness in the Scottish Highlands.

The charges, which relate to dates between October 2015 and February 2016, state that: On or around 8 November 2015, at exact location unknown, upload to your personal YouTube account and make publicly accessible on the internet, without restriction, a video entitled “Treasures of Insomnia”, which contained images and text that were explicitly sexual, violent or discriminatory and commented negatively on your work as a teacher.

The GTCS charges state that this was “inappropriate for children, and was uploaded at a time when you had recently directed pupils to your YouTube account to view another video and there was therefore a significant risk that they would see ‘Treasures of Insomnia’.”

A second charge stated that despite being aware that parents and pupils had found the video “distressing, inappropriate and offensive”, Mr Eaton took more than three weeks to remove it from YouTube.

Despite this Mr Eaton claims he passed the module with his Treasures of Insomnia project and was able to progress into a level three student at OCA.

Last spring, he set up a crowdfunding page to pay for further artistic study and raised over £1,300.

He appear to confirm that he had been sacked by Highland Council.

He wrote: “Due to recent sudden unemployment I find myself in crisis management to secure the mortgage on the house and bills to keep the family in the family home.

“My dismissal is viewed as contentious by my trade union and believe the appeal is strong. If it goes to Acas arbitration, it can string out for months and I have no income and in receipt of, as yet, no benefits whatsoever.

“It is a very dark time but we are pulling together to maintain the status quo until, hopefully, a settlement in my favour result.

“My employees have inclination and opportunity to make cost savings due to council cuts.

“This is evident and I say this only to set the context for my appeal.

“In the meantime I am unable to continue my BA(hons) Painting with the Open College of the Arts.

“This is important to me because my progress so far has been great and I have endorsements from the college to say I am an exemplary student.”

Today (TUE), a woman believed to be Mr Eaton’s wife said he would not be commenting.

The two day hearing begins next Monday in front of the GTCS panel in Edinburgh.

The head of the college where Mr Eaton was studying today criticised the fact the teacher could get into trouble for pursuing his art.

Gareth Dent, principal of the Open College of the Arts, said: “I think my observation is that it is unfortunate that the climate these days is such that artistic expression can cause people disapproval in their profession.”

A spokeswoman for Highland Council today confirmed that Mr Eaton no longer worked for them.