However, the Hibs stalwart insists the prolific front-man can leave with his head held high after earning a crack at the big time.

The 21-year-old is close to finalising a seven-figure switch to Mark Warburton’s Nottingham Forest, with the formalities expected to be completed this week. 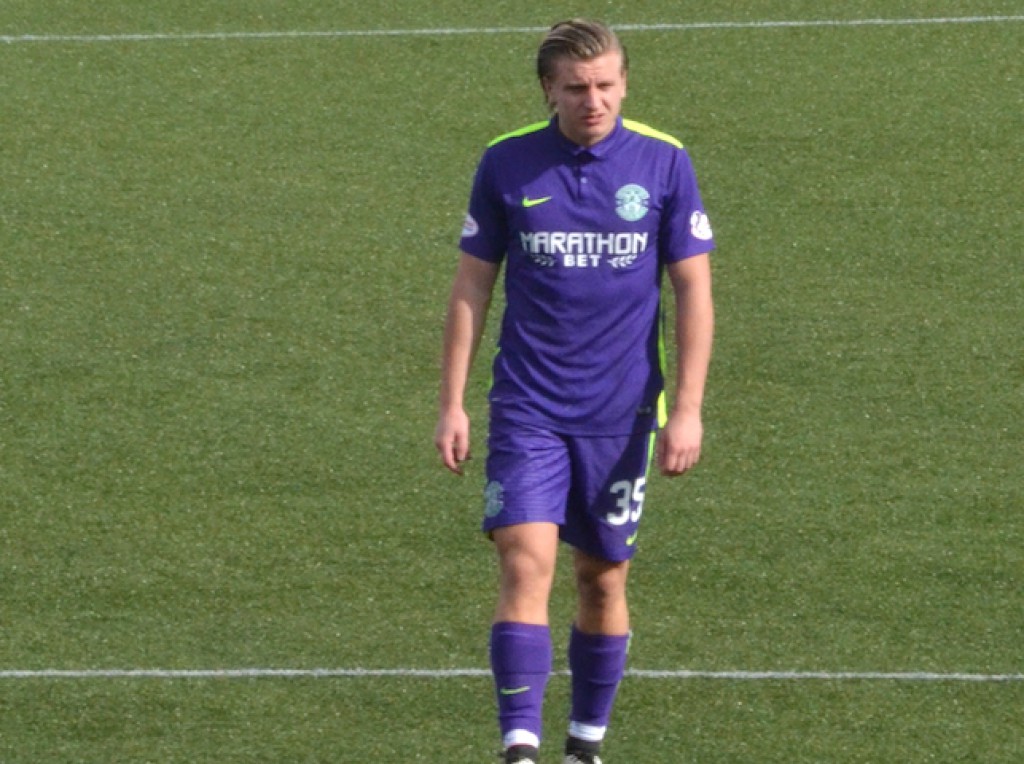 After plundering 69 goals in three seasons – helping the Hibees win the Scottish Cup before firing them to promotion from the Championship last term – McGregor insists it was “inevitable” that suitors would come calling.

McGregor said: “After being relegated with Hibs, he has scored 20-plus goals every season. You could argue that if it wasn’t for his goals last season we might not have gone up. Hibs fans have a lot to thank him for.

“This happens in Scottish football. You have a young talented forward who is doing well it is inevitable – even if he was at Celtic – there would be clubs chasing him. Most teams in Scotland are ‘selling clubs’.

“If he does go I wish him all the best. He is going to play in a very tough league in the Championship. He will be sorted our financially so there are lots of incentives in that regard.

“The fact of the matter is he scores goals consistently, and it is difficult to find players who do that. He has proven that.

“We will be financially rewarded and I am sure that will go into the chest to help us next season.”

McGregor knows plenty of onlookers reckon Cummings is a wild-child; Hibs’ joker in the pack – as exemplified by his wrestling exploits with Scots grappler Grado two months ago.

When it comes to making the grade south of the border, however, McGregor reckons Cummings is deadly serious.

McGregor continued: “Everyone knows Jason and what he is like, but if you catch him on his own, he is just a nice lad with a lot on his plate for being just 21.

“I would not like to think what I would have been like as the main man at Hibs at 21! He handles it well. He has proven that over three seasons. Not just scoring in the Championship but scoring in big games like the Scottish Cup and against big opposition as well.

“He likes a laugh and a giggle but he is a hard worker and that will stand him in good stead.”

Hibs have already strengthened their attacking options this summer with the arrival of Simon Murray, who bagged 18 goals for Dundee United as the Tannadice men reached the Championship playoff.

Having played against the tireless forward, he is enthused by the arrival of a player who will be asked to shoulder plenty of the goalscoring burden left by Cummings.

He continued: “He is someone you hate to play against us and he has scored a lot of goals for Dundee United. He will have aspirations to come here to be the main man.

“He works very hard and is very quick, he doesn’t give you a second on the ball. Coming here might inspire him. Dundee United are a good club, but this is another challenge for him. If he does step up to the mark and does well he will be rewarded – the incentive is there for him.

“He has worked hard at his craft. He is energetic and willing to learn. Hopefully he can be a good addition.”

***Darren McGregor was speaking as Hibernian launched their 2017/18 home and away kits, featuring sponsors Macron, Marathon Bet and Eden Mill***